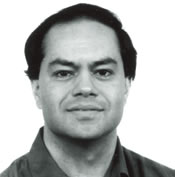 After 60 years of availability of antibiotics, surprisingly little is known about their role in obstructive airway diseases. Areview of antibiotic therapy will necessarily involve a discussion of the role of bacterial infection in asthma and chronic obstructive pulmonary disease. This chapter presents an appraisal of the bacterial pathogens causing infective exacerbations, trials of antimicrobial therapy, individual antimicrobial agents and guidelines for their judicious use both in asthma and COPD.

ASTHMA A causal relationship between respiratory tract infection, especially viral infection and exacerbations of bronchial asthma is well established in the medical literature.1 In early prospective studies by McIntosh et al.,2 the relationship between exacerbations of wheezing and infection in hospitalized, previously diagnosed asthmatic children wasinvestigated. A significant fraction (42%) was associated with viral respiratory infections, but not with pathogenic bacteria. Prospective studies on acute exacerbations of asthma in the adult population have suggested that approximately 10-20% of acute exacerbations may be attributable to acute viral infection. Berman and coworkers3 convincingly failed to show an association between bacterial respiratory infection and asthma. Transtracheal aspirates from 27 adult asthmatic patients with acute exacerbations showed no correlation between bacterial isolates and asthma symptoms. This suggested that overt bacterial infection of the lower respiratory tract does not contribute to the exacerbation of asthma. However, studies of older children and young adults have shown that infection with atypical bacteria e.g. Mycoplasma and Chlamydia may be responsible for exacerbations. In these studies, rhinovirus was the most important pathogen, followed by influenza A virus, Mycoplasma and Chlamydia.4-6 Several other studies have suggested a relationship between respiratory infections in infancy and development of asthma, although this hypothesis awaits more definite proof.

Mycoplasma
Mycoplasma pneumoniae infection is commonly seen in children and young adults, although it may occur in all age groups.7,8 Seggev et al.9 showed that 21% of adults hospitalized with asthma exacerbation had evidence of a recent infection with mycoplasma. The illness may start with nonrespiratory symptoms such as headache and myalgias, and there is frequently pharyngitis and low-grade fever. A nonproductive cough, which tends to be prolonged and severe, is most characteristic. The diagnosis is made based on clinical history and chest radiograph, which shows patchy segmental pulmonary infiltrates. The definitive diagnosis is made by serological studies, particularly a doubling titer in convalescence. Antibiotic therapy is most effective if given within a few days of onset. Erythromycin or tetracycline are equally effective, and treatment is continued for 2-3 weeks. As well as causing exacerbations of asthma, M. pneumoniae pneumonia in nonasthmatics may well induce bronchial hyperresponsiveness which may be transient or persistent.10

Chlamydia
The TWAR strain of Chlamydia (Chlamydia pneumoniae) has been shown to be a common cause of atypical pneumonia and is next in frequency to Mycoplasma.11,12 This is an infection primarily of adolescents and adults. The clinical manifestations are similar to those caused by M. pneumoniae.The severity of illness can be quite variable. The diagnosis is difficult to make, as commercial serological tests are generally not available. Chest radiograph shows findings similar to M. pneumoniae infection. Several studies have suggested that C. pneumoniae infection may precipitate acute bronchospasm and, in addition, may also be a risk factor for the development of chronic bronchospasm. The treatment of C. pneumoniae infection requires further study, but erythromycin or tetracycline may be beneficial if given for 10 days or more.

COPD Although a major cause of COPD is cigarette smoking, infectious organisms play several potential roles:13,14 (Chapter 30). Despite extensive research over the past few decades, our understanding of lower respiratory tract infection in COPD is incomplete. Evidence for the role of bacterial infection in COPD, individual antimicrobial agents and an evidencebased approach to treatment of infection are discussed in the following sections.

Normal microbial flora
Various aerobic and anaerobic bacteria inhabit the mucosal surfaces of the upper respiratory tract. These include

A variety of anerobic bacteria are present around the teeth and gums. Enterobacteriaceae and Pseudomonas sp. are isolated in about 15% of pharyngeal swab cultures taken from normal subjects.19,20

The major bronchi and smaller conducting airways in normal humans are relatively sterile. In a study of 25 normal subjects, samples from multiple sites in the lower respiratory tract were obtained with a protected brush specimen. Most cultures contained bacteria (38 out of 52 specimens, or 73%) similar to those found in the nasopharynx, but the colony counts were often so low (none to five colonies per culture plate) that the cultures probably indicated upper respiratory tract contamination rather than true lower respiratory tract colonization.21 The nasopharyngeal bacteria may be transiently aerosolized or aspirated into the lower respiratory tract but are removed by mucociliary clearance or cough. Pathogenic aerobic gram-negative rods do not inhabit the upper airways mucosa in normal persons, but may do with alterations in health status such as alcoholism, diabetes, residing in a health-care facility.22 Subconscious aspiration of oropharyngeal secretions allows these microbes to enter the lower airways and alveoli and become a nidus for subsequent infection.

Airway colonization with H. influenzae and Strep. pneumoniae is of uncertain significance. These bacteria tend to be present in sputum during quiescent intervals although the frequency of their recovery is increased during acute infectious episodes. Development of purulent sputum is not specifically correlated with the presence of one or the other of these bacteria in quantitative cultures.

To read the rest of this article in PDF Format, please Click Here

Satyendra Sharma, MD, FRCPC is an Associate Professor for Sections of Respirology and Critical Care, Department of Internal Medicine at the University of Manitoba, Winnipeg.

See his Profile on Experts.com.

Plantar puncture wounds are common and the anatomy of the foot makes it an excellent environment for infection to rapidly spread. Puncture wounds in particular can inoculate bacteria deep into the soft tissues.

Adequate debridement, control of infection, off-loading of pressure, and appropriate topical management are the most important interventions in treating nonhealing wounds.