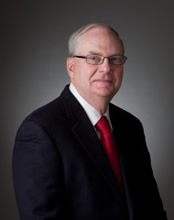 Connected Vehicles and Autonomous Vehicles: Where Do ITE Members Stand?

The topic of Connected Vehicles and Autonomous Vehicles is not new, yet advances in computing power, wireless capabilities, and soft ware development are taking implementation predictions from the not-too-distance future and placing them in the here and now. Emerging vehicle technologies foreshadow a world in which sensors and soft ware will replace humans in the driver's seat. Already, car manufacturers are advertising vehicles that brake by themselves in an emergency, and while Google is making headlines with its self-driving car, other automated cars are in test mode. Missing from the headlines is how these advances will impact the infrastructure of surface transportation systems and the transportation engineers and professionals that operate and manage them.

The questions surrounding connected and autonomous vehicle technologies are centering less on "if" and more on "how" implementation will impact transportation engineers and professionals. Despite its 6-month extension of the 2012-2013 Connected Vehicle Safety Pilot Model Deployment taking place in Ann Arbor, MI, USA, the National Highway Traffic Safety Administration (NHTSA) still plans to move forward with its original timetable for a announcing a 2013 rule-making decision on putting the technology in new light-duty vehicles. The decision will answer whether NHSTA will advance connected vehicle technology through the regulatory process, additional research, or a combination of both. NHTSA is basing the decision on the results of the pilot study, which is aimed at showing whether the connectivity helped avert crashes. Additional tests are further examining the technology on motorcycles and vehicle-to-infrastructure applications-the results of which will help inform a NHTSA decision on heavy vehicles in 2014.

Meanwhile, plans for an automated vehicle test environment in Ann Arbor are underway. A new Michigan Mobility Transformation Facility is being planned at the University of Michigan (UM) Mobility Transformation Center that will allow researchers to test emerging concepts in connected and automated vehicles and vehicle systems in both off-road and on-road settings. The facility will expand upon the current Connected Vehicle Safety Pilot and will include urban street settings, straightaways, and on and off ramps to simulate driving conditions and for testing connected and automated vehicles. The UM Board of Regents recently approved plans to proceed with the design of the facility, which is scheduled for completion in Fall 2014. The University of Michigan Transportation Research Institute plans to use the facility to test autonomous vehicles through a model deployment similar to the connected vehicle safety pilot it is currently conducting.

The NHSTA decisions will be major milestones in the broad scale implementation of connected vehicle communications systems in the United States, and will be followed with the Federal Highway Administration (FHWA) commitment to deliver Vehicle-to-Infrastructure (V2I) deployment guidance in 2015. FHWA will develop the 2015 FHWA Deployment Guidance based on the research for NHTSA's 2013 and 2014 decisions, the Connected Vehicle Safety Pilot, the American Association of State Highway and Transportation Officials (AASHTO) National Connected Vehicle Field Infrastructure Footprint Analysis (scheduled for 2014 completion), applications research, and the input of a new workgroup. The FHWA 2015 V2I Workgroup's goal will be to produce:

Currently, FHWA is developing internal outreach for this effort and is planning workshops for external stakeholders. The guidance will not be regulation, and it is expected that it will be continually updated as more information develops. As these workshops are announced, now is the time for ITE members to become involved and voice our practitioner perspectives, especially as FHWA initiates development of a Practitioner Toolbox for V2I Infrastructure Planning, Policy, and Deployment guidance. With only 10 percent of traffic signals managed by state departments of transportation (DOTs), there is a large role for ITE members in local governments to play in coordinating signals with connected vehicle infrastructure.

Where Do ITE Members Stand?

Richard F. Beaubien, PE, PTOE is a Professional Traffic Operations Engineer and Managing Director at Beaubien Engineering. He was previously Transportation Department Head at Hubbell, Roth & Clark, Consulting Engineers for more than 23 years. Mr. Beaubien's employment experience includes 5 years as a highway engineer with the Federal Highway Administration and 14 years as the traffic engineer for the City of Troy, Michigan.

Buses and Motorcoaches: Directing the Students Across

At the rudimentary level at which most crossing procedures are executed, schoolbus drivers are supposed to "direct" the students across the roadway when they are certain that either the traffic has been stopped in both directions or it is so distant (if even visible) that the students could easily complete their crossing before any oncoming vehicles reach the bus. The bus would obviously have its red flashers and stop arm engaged as a "fail safe."

We are only a few years away from the complete consolidation of fixed route transportation (transit, motorcoach and schoolbus) and the complete consolidation of demand-responsive transportation (paratransit, taxi, limousine, NEMT and special education). This installment will lay the groundwork by comparing modern travel to travel 30 years ago. The opportunities for motorcoach operators to benefit from these changes are once-in-a-lifetime.

In Part 1 of this series, I introduced the notion that roughly half of all public transportation-related incidents are the result of a deliberate trade-off of passenger safety for some system or owner's benefit. The most common benefit is the service provider's operating a schedule that is too tight.