Approximately 125,000 serious injuries occur in the US each year related to the use of portable and fixed power saws. Lacerations and similar injuries, such as abrasions and avulsions, account for over 90% of these, which generally occur to males and result in losses in the tens of millions of dollars annually. Although hand and finger blade contact is involved in most of these accidents, a significant number involve kickback of the work-piece for fixed saws or kickback of the tool for hand held units. In many of these cases, a blade-guard or anti-kickback device was either not in place or failed to operate properly.

Through scientific analysis, we can help you answer pertinent questions such as:

A man was using a hand-held circular saw to cut a piece of wood when the blade encountered a knot. The saw kicked back but the blade-guard did not cover the blade in time, allowing the rotating blade to cut the man's free hand. The defense argued that the sticking blade guard became bent when the user dropped the saw. Through testing, we showed that the blade-guard had been manufactured with a bend, resulting in its sticking open before it covered the blade.

The promising career of a jazz musician ended abruptly after a table saw he was using injured his right hand. Dr. Ojalvo demonstrated to the court that it was technically and economically feasible to install a safety interlock mechanism, which would shut off power to the blade when the guard was removed. As a result, the jury awarded the Plaintiff $1.6 million in damages. 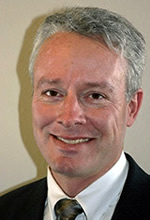 The purpose of the current study was to update and expand upon an earlier study performed to review and categorize OSHA accident investigation records for pedestrian-backing vehicle accidents according to whether the backing vehicle had a backup alarm and whether the alarm was installed and functioning as intended. The current study includes an analysis of additional records as well as the business type (SIC code) of the employer.