Three factors have been known to raise the risk of children getting PTSD. These factors are:

Children and teens that go through the most severe traumas tend to have the highest levels of PTSD symptoms. The PTSD symptoms may be less severe if the child has more family support and if the parents are less upset by the trauma. Lastly, children and teens who are farther away from the event report less distress.

There are also other factors that can affect PTSD. Events that involve people hurting other people, such as rape, assault, and shootings are more likely to result in PTSD than other types of trauma. Also the more frequently a child experiences trauma, the higher the risk of getting PTSD. Girls are also more likely than boys to get PTSD.

Another question is whether a child's age at the time of trauma has an effect on PTSD. Researchers think it may not be the effects of trauma that differ at various ages. Instead, it may be that PTSD looks different in children of different ages.

What are the Symptoms of PTSD in Children?

These children may not have flashbacks or problems remembering parts of the trauma like adult trauma victims often do. Children, however, might put the events of the trauma in the wrong order. Children also often think they are to blame for the trauma occurring and often think they will be punished. This is particularly true in cases of child sexual abuse and children who have experienced a traumatic injury related to operating machinery.

Because teens are in between children and adults, some PTSD symptoms in teens begin to look like those of adults. One difference is that teens are more likely than younger children or adults to show impulsive and aggressive behavior after experiencing a traumatic event. This is often the case in adolescents who are sexually abused. They typically feel ashamed and embarrassed and often do not report the abuse. Subsequently, however it is common for such adolescent victims to act out sexually or engage in other aggressive or impulsive behaviors such as drinking and drug use.

In general, much of what we know about PTSD with children and teens comes from the research on child sexual abuse. This research shows that sexually abused children often have symptoms of:

Having a forensic psychologist evaluate the psychological impact of trauma can be an important addition to damages in civil suits involving allegations of PTSD. Conversely, it is also important for defense attorneys to use psychological experts in these cases. Determining the impact of the trauma versus other life events can have a significant impact on the damages. Further, a psychological expert is of great assistance in addressing questions of malingering. Finally, having a forensic expert who also has expertise in treating PTSD can be invaluable in determining the potential costs of treatment.

Dr. Jane K. McNaught, PhD is a locally and nationally recognized Psychological Forensic Expert. Over the course of her more than 30 years of practice, she has worked with Defense and Plaintiff attorneys and has also been a Court appointed expert. She has administered more than 2,000 psychological test batteries.

Competency To Stand Trial: An Overview Of The Legal Guidelines For Evaluating Competency 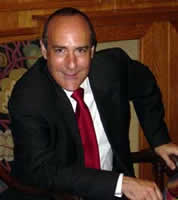 Many attorneys have asked me to evaluate their clients who are first-time criminal defendants. Nearly all of these cases have involved crimes pertaining to sex with minors, although the basic idea of psychological mitigation is applicable to a wide variety of crimes

Amputation is an injury involving loss of function, loss of sensation, and loss of body image. It is not surprising amputees often suffer psychological difficulties following such an event. Further, these psychological difficulties can also result in long term Post Traumatic Stress Disorder (PTSD) for the amputee. Often these psychological injuries and resultant PTSD can be difficult to explain to a jury. The forensic expert's presentation of psychological testing assessing potential PTSD is one part of proving or disproving damages. However, the forensic expert can better assist either the Defense or Plaintiff's attorney by addressing specific functions in the amputee that have been affected by the injury.