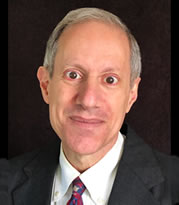 Past President of the Boston Society of Neurology, Neurosurgery, and Psychiatry

Clinical experience in both inpatient and outpatient care. Board Certified. Fellowship training and extensive experience in Behavioral Neurology – that branch of neurology that focuses on brain conditions, including dementia, that change a person's behavior or intellect. Has treated 1,000+ patients with dementia (usually due to Alzheimer's Disease). Former Director of Neurology at Head Injury rehabilitation facility.

Testimonial – "I found Dr. Cranberg to be very thorough, resourceful, and exceedingly well prepared. He was very precise at his deposition and stood up well against a very seasoned lawyer. He knew the medical records better than either the defense lawyer or I did. The case settled; so I cannot tell you how he did before a jury, but I had complete confidence that he would have presented well. He was very easy to work with and was very accessible. He bills fairly. I would not hesitate to use him again." - Charles J. Muchmore, Esq.; Burch & Cracchiolo, PA (Phoenix, AZ) 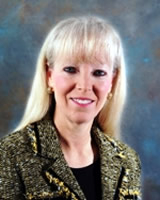 Dr. Carolyn R. Carman, OD, FAAO has over 30 years of experience in the fields of Optometry and Ophthalmology. Her professional experience includes decades of practice in therapeutic and rehabilitative optometry specializing in Low Vision and Brain Injury for patients of all ages. Dr. Carman also has clinical teaching experience and delivers national and international presentations in her field of expertise.

MRK Medical Consultants provides Medical-Legal Evaluations to help legal and insurance professionals reach appropriate conclusions about their client's situations. MRK provides a wide array of medical experts that offer objective review and analysis of personal injuries. Each stage of the process—research to review, analysis to opinion—is addressed in a comprehensive manner in order to help legal and insurance professionals reach appropriate conclusions about their client’s situations. MRK's prestigious list of more than forty consultants are active clinicians and surgeons, who are all board-certified or eligible in one or more specialties. MRK provides physician experts to the entire State of California, the Reno/Lake Tahoe area, and Las Vegas, and we travel to many areas of the United States. Physical therapy, registered nurses, physician assistant, and billing review consultants are available services MRK provides. Our office physicians are available for telephone review of the merits of your case before you decide to proceed. 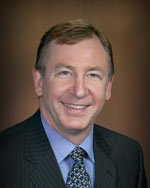 Edward W. Younger, III, M.D., Medical Director of MRK Medical Consultants, specializes in Orthopedic Surgery. He has extensive experience in total joint replacement, as well as reconstructive surgery of the knee, hip, and shoulder. He was instrumental in bringing computer navigation technology to his hospital. He served on the orthopedic trauma staff at Mercy San Juan Medical Center in Carmichael, California, for more than fifteen years and was instrumental in bringing computer navigation technology to that institution. He is a member of Alpha Omega Alpha National Honor Society and is a Diplomate of the American Board of Orthopedic Surgery, a member of the American Medical Association, the American Academy of Orthopedic Surgeons, and the California Orthopedic Association.

Dr. Michael R. Klein, Jr., M.D., specializes in Orthopedic Surgery and is a founding member and the first Medical Director of Northern California Orthopedic Centers. He was involved with the development of the orthopedic section of the Level II Trauma Center at Mercy San Juan Medical Center. He served as a clinical professor at the University of California, Davis, Medical Center for more than thirty years. He has been a member of the North American Spine Society since 2009 and was awarded the David O. Selby Award in 2020 for his contributions. He is a fellow of the American College of Surgeons and American Academy of Orthopedic Surgeons, and a member of the American Medical Association and the California Medical Association. He retired from the USAF in 1998 after being on active duty during the Vietnam War, and he was activated for Operation Desert Storm in 1991. 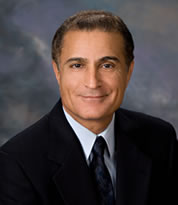 Dr. Farr Ajir, MD, MBA, FACS, CIME, is a Board Certified Neurosurgeon with more than 35 years of experience in the treatment of disorders of the Brain, Spine, and Peripheral Nerves. He is also certified by the American Board of Independent Medical Examiners. 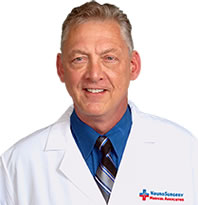 Jeffrey H. Oppenheimer, MD is an actively-practicing board-certified Neurosurgeon with 27 years of experience. He founded and presently practices at Neurosurgery Medical Associates in Coral Springs, Florida. Dr. Oppenheimer is also on the faculty at the University of Central Florida College of Medicine, and holds medical licenses in several states.

Litigation Support - Dr. Oppenheimer is a seasoned expert witness with significant testifying experience. He has provided expert consultation for both plaintiff and defense in a variety of cases, including personal injury, medical malpractice (standard of care and causation), and worker’s compensation (IMEs).

Dr. Oppenheimer has offered litigation support services for 18 years. A seasoned deponent with both trial and deposition experience, he has excellent communication skills and a caring personality. He has testified as an expert in court or before an arbiter 20 times. Dr. Oppenheimer's services include IMEs, medical record review, conferences, and court and pretrial testimony.

Areas of Expertise:
• Dr. Oppenheimer's Curriculum Vitae
• LinkedIn Profile
7/13/2018 · Medical - Medicine
Minimally Invasive Spine Technology and Minimally Invasive Spine Surgery: A Historical Review
By: Dr. Jeffrey Oppenheimer
The trend of using smaller operative corridors is seen in various surgical specialties. Neurosurgery has also recently embraced minimal access spine technique, and it has rapidly evolved over the past 2 decades. There has been a progression from needle access, small incisions with adaptation of the microscope, and automated percutaneous procedures to endoscopically and laparoscopically assisted procedures. More recently, new muscle-sparing technology has come into use with tubular access. This has now been adapted to the percutaneous placement of spinal instrumentation, including intervertebral spacers, rods, pedicle screws, facet screws, nucleus replacement devices, and artificial discs. New technologies involving hybrid procedures for the treatment of complex spine trauma are now on the horizon. Surgical corridors have been developed utilizing the interspinous space for X-STOP placement to treat lumbar stenosis in a minimally invasive fashion. The direct lateral retroperitoneal corridor has allowed for minimally invasive access to the anterior spine.
Read Article

Sanjay Adhia, MD, MRO, is triple-Board-Certified in Psychiatry, Brain Injury Medicine and Forensic Psychiatry. In addition to forensic/expert witness practice, Dr. Adhia has provided patient care in the Houston area. Currently, he is a neuropsychiatrist at Memorial Herman TIRR where he treats those with brain injury, stroke, and other neurological injuries. His forensic practice focuses on the psychiatric impact of personal injury, medical malpractice, drug and alcohol abuse, sexual abuse, competency, violence, and complicating mental illness, as well as psychiatric disability.

Dr. Adhia is among one of the few Forensic Psychiatrists who is also Board-Certified in Brain Injury Medicine. Often, Traumatic Brain Injury (TBI) can be a major factor in litigation as it can result in psychiatric or neurocognitive impairments. He has expertise in psychopharmacology, the medicine of medication.

In addition, Dr. Adhia works with Physicians for Human Rights to assess victims of kidnapping and false imprisonment, human trafficking, undue influence, physical and sexual abuse, rape, and fear of imminent death. In all populations, he assesses PTSD, Anxiety, Depressive Disorders, risk of suicide, and malingering. He is experienced in the treatment and impact of drug and alcohol abuse on decision-making. Dr. Adhia has also treated severe psychosis (Schizophrenia, hallucinations) and psychopathology. Dr. Adhia was formerly treating patients at a Maximum Security Prison and prison psychiatric hospital. He has treated Opioid Use Disorders.

Dr. Adhia’s findings consider complicating factors, such as emotional distress worsened by other active physical and mental conditions. Other factors are pre-existing mental and physical illness, competency and capacity (e.g. dementia, Intellectual Disability.) As a physician, Dr. Adhia is uniquely qualified to review medical records and doctor reports. Institutional medicine, medical malpractice, and standard of care apply to both public and private facilities, including government, regulated correctional institutions, and psychiatric hospitals. Dr. Adhia is skilled in these med-legal issues. He conducts Independent Medical Examinations, review of records, and reports his med-legal findings and opinions. He is available to testify in civil, criminal, probate, Federal, Immigration, military, and administrative jurisdictions. 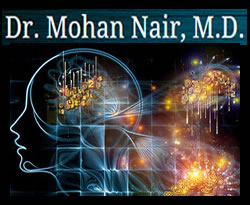 Mohan Nair, MD, trained at the University of California (Irvine) and Harvard and is board certified in: 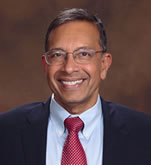 Dr. Nair brings his extensive training, clinical experience, and formal board certifications to provide in-depth and nuanced medico-legal analysis of cases for both adults and children involving brain injury, frequently and tragically combined with chronic pain and severe psychological trauma (PTSD). He is committed to comprehensive and accurate forensic examinations, quality neuropsychological assessment, and the use of the most up-to-date technology available in the field.

Dr. Nair is board certified by the American Board of Medical Specialties in Brain Injury Medicine, Psychiatry, Child Psychiatry, Forensic Psychiatry, and Addiction Medicine. Additionally, he is board-certified in Pain Medicine, Psychopharmacology, and Behavioral Neurology / Neuropsychiatry. He currently holds medical licenses in California and Hawaii.