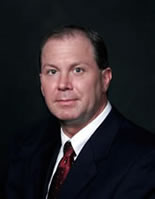 Barry G. Dickey is the certified forensic expert for Audio Evidence Lab, a laboratory specializing in the Analysis of Audio / Video Evidence. Mr. Dickey has examined evidence in over 1500 cases in the USA, Canada, Mexico, Japan, Philippines and Europe. With over 20 years of experience, he has provided expert testimony in federal and state courts on issues involving audio, video, and voice identification. Utilizing DSP technology, analytical equipment, and microscopic resolution, Mr. Dickey employs scientifically accepted techniques to provide the critical evidence required in the courtroom.

He has consulted with news networks in reference to the "Osama bin Laden Tapes" and "2012 Presidential Debates" as well as tapes released by other foreign news networks. Recent cases also include "NFL Bountygate" and "Holy Land Foundation" investigations.

Services Include:
4/15/2014 · Audio Forensics
In the Pursuit of Justice: Audio and Video Recordings - Weapons of Terrorism
By: Barry Dickey
The recent proliferation of audio and video recordings coming from various terrorist organizations around the world presents two distinct areas of concern to the forensic examiner. This article presents information on the authenticity methodology of videotapes, including a perspective on "implied evidence" and the continuing necessity for voice identification.
Read Article

View Expert Witness Profile.
8/30/2017 · Audio Forensics
Forensic Sound Analyses of Cellular Telephone Recordings
By: Dr. Durand R. Begault
Recordings involving cellular telephones or personal digital assistants (“PDAs”) are increasingly the source evidence in audio forensic examinations, compared to recordings originating with other devices such as hand-held digital recorders. On modern PDA cellular telephones recordings can be made either directly to the telephone or transmitted as voice mail messages. The current investigation focuses on differences in the two types of recordings in terms of dynamic range and linearity of levels. Such information can be important for characterizing the distance of sound sources relative to the microphone and are important for understanding transformation of recorded speech and non-speech sounds.
Read Article
3D Sound for Virtual Reality and Multimedia
Durand R. Begault, PhD
Written by an author with expertise in both theory and applications, 3D Sound for Virtual Reality and Multimedia provides readers an essential technical foundation in sound and virtual reality. The book covers components of spatial auditory displays; psychoacoustics of spatial hearing; what sounds are appropriate to spatialize; applications to human-machine interfaces (including virtual reality and multimedia); computer music; and room acoustics.

Both graduates of MIT, Arno Bommer and Bob Bruce have been working together since the early 1980s. Projects have been performed throughout the US including Alaska and Hawaii, and in Canada, Mexico, Brazil, Trinidad, Argentina, Chile, Puerto Rico, England, Scotland, Germany, and Qatar.
• View Robert Bruce's Curriculum Vitae

Focal Forensics is an award-winning media forensic service trusted by private organizations, lawyers, school districts, and law enforcement personnel. Focal Forensics specializes in Audio, Video, and Image authentication, enhancement, and redaction services. With over 700+ satisfied clients and more than 5800+ videos processed, Focal Forensics is a leader in media forensic services and has a strong reputation as a secure, trustworthy, and reliable company. Based out of Denver Colorado, the employees at Focal Forensics have extensive training and hold multiple certifications in forensic video analysis and graduate degrees in media forensics. Digital media evidence can be extremely complex work. We believe it's important to hire trained experts who understand how to properly handle and present sensitive digital evidence. 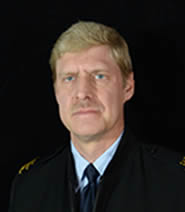 Specializing in Recorded Evidence Analysis, Enhancement and Restoration Services of Video, Audio, Image, Sound, Voice, Surveillance and Time Lapse Recordings; both digital and analog; through the use of custom and professional analysis systems. 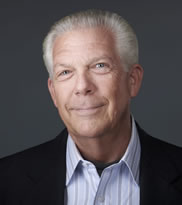 George Reis is the president and owner of Imaging Forensics, Inc., and has been providing expert witness services and training in Forensic Image Analysis, Forensic Video Analysis, and Forensic and Technical Photography through Imaging Forensics since 2004. He is Certified in Forensic Photography and Imaging by the International Association for Identification, and is certified in Forensic Video Analysis by the Law Enforcement and Video Services Association (LEVA). He is a member of the editorial review board for the Journal of Forensic Identification.

Litigation Support -  Mr. Reis has testified more than 80 times in depositions and in Federal, State, and Military Courts. He has provided training throughout the United States to individuals and agencies including the FBI, Secret Service, US Army Crime Lab; and internationally in England, Hong Kong, Singapore, Qatar, Canada, and Australia.

Mr. Reis worked from 1989 to 2004 at the Newport Beach Police Department in Southern California, as a forensic photographer, image analyst, crime scene investigator, and latent fingerprint examiner. He introduced digital imaging to that agency in 1992, making them one of the first law enforcement agencies in the world to utilize this technology. 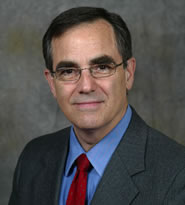 Robert Leonard and Associates consults with law firms, government and law enforcement agencies, and individuals in situations where language analysis may be helpful. Their team of associate linguists analyze many types of language evidence and construct multi-level analyses, examining a wide variety of identifying features of language usage.

Principal, Robert A. Leonard, PhD, is a Linguistics and Language Analysis Expert with decades of experience in his field. Dr. Leonard is a Fulbright Fellow, Fellow of the Faculty of Columbia University, named Forensic Linguist of the Year by the GSFL, Teacher of the Year at Hofstra University, and Distinguished Faculty Lecturer at Hofstra. He founded and directs a fully accredited graduate program in Forensic Linguistics at Hofstra where he is a fully tenured Professor.

Experience: Dr. Leonard has been employed by the FBI to work on specific cases, train their agents, and analyze and advise on their Communicated Threat Assessment Database (CTAD), a "computerized database/software program designed to be the primary repository for all communicated threats and other criminally oriented communications" within the FBI and the United States.

Dr. Leonard has also trained British law enforcement agencies, analyzed murder-related letters for the Pennsylvania State Police; consulted on domestic terrorism cases for law enforcement agencies in California; analyzed testimony that resulted in perjury indictments for the District Attorney in Dauphin County, Pennsylvania; linguistically traced threatening letters for the Baltimore Police; linguistically traced bomb-threat voice calls to the Nassau County, New York courthouse; and consulted on scores of other criminal cases at the request of law enforcement agencies throughout the United States, Canada, the United Kingdom and continental Europe, as well as on scores of civil cases for major law firms for clients including Apple, Inc., and Facebook.

Media / Speaking Engagements: Dr. Leonard delivers presentations on the science of forensic linguistics and has been interviewed by such media outlets as the New York Times, The New Yorker Magazine, the Wall Street Journal, Smithsonian Magazine, ABC Nightline, USA Today, the Washington Times, and the Associated Press to name a few.

• More about David Smith
• Services
• Clients
• Testimonials
2/15/2016 · Audio Forensics
Audio Forensics: What We Hear v. What We Record
By: David Smith
In Audio Forensics, it often comes down to ears versus microphones. In one corner, we have the human ear with all its amazing capabilities. In the other corner, the fantastic piece of technology known as the microphone, with its ability to record sound to a digital file or tape for later playback.
Read Article
8/26/2015 · Audio Forensics
Audio Forensic Analysis: What Happens In Jail, Stays In Jail... Or Does It?
By: David Smith
A confrontation between an inmate and a Corrections Officer leads to accusations of mistreatment on one side and claims of justifiable action on the other. It was one person's word against another until an unexpected recording came to light and, with the help of sophisticated audio forensic analysis and processing, the truth was revealed.
Read Article
7/28/2015 · Audio Forensics
Pocket Dialing and Voicemail
By: David Smith
Pocket dialing occurs when a mobile phone's touch pad is pressed by something in a person's pocket or purse, or, if the person happens to sit down a certain way, a part of their anatomy. If the pressed key or screen surface area is programmed to dial or redial a telephone number, a call occurs. This call often goes undetected by the phone's owner. Some phones are more prone to this phenomenon than others.
Read Article
2/27/2013 · Audio Forensics
Family Law Audio Evidence: Altered Without Editing?
By: David Smith
A party in a divorce case hired me after his attorney told him that his wife's council was planning to introduce audio recordings during an upcoming custody hearing.
Read Article
1/14/2013 · Audio Forensics
Audio Restoration vs. Audio Forensics
By: David Smith
You have an audio recording that may be used as evidence in an upcoming court case. Looking for a way to make it easier to hear, you do an on-line search and come upon a list of "Audio Restoration companies." The ads state that these sites can lower or eliminate noise and restore recordings to their original quality.
Read Article