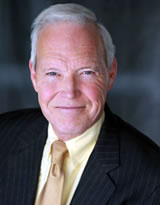 A grandson of tobacco company founder R.J. Reynolds, Patrick Reynolds first spoke out publicly at a 1986 Congressional hearing in favor of a ban on all cigarette advertising. Since then, his advocacy work and appearances in the national press have made him a well known champion of a Smokefree Society.

Mr. Reynolds' advocacy work and motivational talks to youth and adults have made him a well-known and respected champion of a smokefree society. He has helped remind many thousands of people of the dangers of smoking. Mr. Reynolds is a frequent guest speaker at universities and health conferences, and also middle and high schools. His talks are often sponsored by health departments and hospitals, as a bridge builder to local communities. He is frequently invited to debate on Fox News Channel, CNBC, CNN and other networks, and has been profiled by most of the world's major newspapers and US TV networks

Mr. Reynolds serves as Executive Director of the Tobaccofree Earth, a nonprofit group he founded in 1989. Its mission is to motivate youth around the world to stay tobacco-free, and empower smokers to quit successfully. In 2019 the San Francisco Chronicle published an editorial Reynolds wrote against Vaping Products. It congratulated voters for approving the first citywide ban of the sale of all vaping and flavored tobacco products, except menthol and tobacco. New York City passed a similar ban later that year.

Mr. Reynolds was a strong advocate for the Federal tobacco tax hike of 62 cents, signed into law by Obama in 2009 on his 17th day in office. USA Today published an editorial by Reynolds making a compelling case for higher tobacco taxes. He was also a proponent of the Congressional bill for FDA regulation of tobacco. In March, 2009, he met in Washington DC with Rep. Henry Waxman, co-sponsor of the bill, to offer his support. In June the same year, the bill was passed by Congress and signed by President Obama.

In September 2015, the White House and President Obama presented him with the President’s Lifetime Achievement Award. 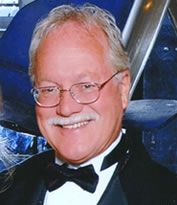 John Lawrence Stevens, RAC, has over 20 years of FDA Regulatory Compliance experience encompassing virtually all FDA field positions. He also has 18 years of industry experience as a mid-level manager and senior executive in clinical, regulatory, and quality in the Medical Device Industry, including several large and small cardiovascular companies.

Mr. Stevens has personally designed quality systems, prepared regulatory submissions (510(k), IDE and PMA) and managed 7 multi-center clinical trials for class 3 medical devices. From 1989-1993, he was the Industry Representative on the FDA Circulatory Systems panel which reviewed over 30 PMA clinical studies for cardiovascular devices. He regularly perform webinars regarding FDA and issues regarding Clinical Studies and Medical Devices.

Litigation Support - An FDA expert and seasoned business professional, Mr. Stevens is uniquely qualified to opine on cases involving the FDA's regulation of medical devices. He has served as an expert witness for over 30 court cases involving the FDA regulation of medical device firms. His services include thorough reporting, depositions, and trial testimony.

During the aftermath of the terrorist attacks on 9/11, in 2001, Ellison founded and developed the business strategy that would later become Missile Defense Advocacy Alliance in conjunction with the United States withdrawal from the anti-ballistic missile treaty and the decision by the President of the United States to deploy missile defense systems.

Mr. Ellison is a former NFL Football Player and three-time Super Bowl Champion who is a seasoned Public Speaker on the topics of Missile Defense, Defense, Football and Motivation. 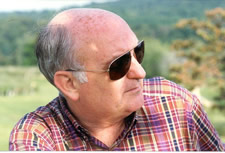 Carlo Scevola & Partners is an International Fiduciary Company headquartered in Geneva, Switzerland, with branches in six continents. We specialize in International Planning, Strategic Consulting and Wealth Management. Our clients trust us for everything from setting up an Offshore Company to Mergers and Acquisitions to Business Finance and Asset Protection. CS&P’s customer-centric methodology ensures that each client gets a custom-tailored solution which addresses that business’ individual objectives and requirements. Our team has expertise in every functional category and every important geography. From finance to operations to human resources to marketing – from the Americas to Europe to Africa, Asia and Oceania – CS&P can bring together experienced executives who know how to advise you and will make your enterprise a success. All this while always protecting your privacy. Services Offered: Business and Strategic Consulting