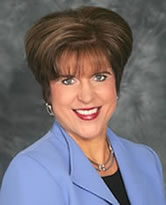 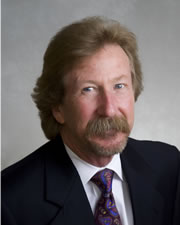 Charles Taylor is a partner at Lang, Richert & Patch specializing in federal civil litigation. He has represented clients in areas such as Civil Rights, Government Contracts and Leases, Insurance Coverage, and Business Litigation in various federal district courts around the United States, in adversary proceedings in the bankruptcy court, and before governmental administrative boards.

Mr. Taylor specializes in all aspects of Employment Law, including sexual harassment, discrimination, and wrongful termination. He has represented local and national clients on various employment issues before the Labor Commission, Department of Fair Employment and Housing, Equal Employment Opportunity Commission, and Employment Development Department. In addition, he advises employers on preventing employment relations problems and on developing personnel policies and procedures. 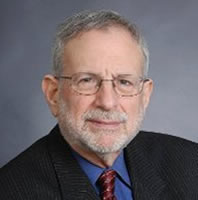 Malcolm S. Cohen, PhD, President of Employment Research Corporation, has over 30 years of experience in the field of Economics and Employment specializing in Labor Markets and Statistical Analysis.

Dr. Cohen founded the firm in 1997, after retiring as the Director of the Institute of Labor and Industrial Relations at the University of Michigan, which he directed for 13 years. With a PhD in Economics from the MIT in 1967, his research interests include labor market information, labor turnover, employment forecasting and labor shortages. He has directed several major studies to identify national shortage occupations and measure labor turnover using administrative records.

Dr. Cohen's book, Labor Shortages as America Approaches the Twenty-first Century, was published by the University of Michigan Press. His most recent book, Global Skill Shortages, written with Professor Mahmood A. Zaidi, is published by Edward Elgar Publishing. He has had articles published in a large number of journals, including: Journal of Human Resources, Monthly Labor Review, Journal of Political Economy, Review of Economic Statistics, Journal of Economic Theory, and The American Economic Review.

Litigation Support - Dr. Cohen has either testified or been a consultant in over 1,000 audits or cases and has testified over 150 times. He has also served as an expert to the EEOC and U.S. Department of Labor in discrimination cases, and has directed many research projects sponsored by government agencies.

• Dr. Cohen's Curriculum Vitae
• Biography
• Litigation Support
• Publications
Global Skill Shortages
Malcom S. Cohen, PhD
As the world entered the twenty-first century, global skill shortages in many occupations were evident throughout the world. While these were mitigated by a global recession, there is no generally agreed upon method for measuring these shortages. This book discusses various theories for measurement. Using data collected from 19 developed countries in North and Latin America, Europe, and the Pacific region, the authors explore various aspects of skilled labor shortages, develop a methodology of measuring shortages by occupation, and provide estimates of the likelihood of the occurrence of such shortages.
Labor Shortages as America Approaches the Twenty-first Century
Malcom S. Cohen, PhD
Predicting labor shortages is of great importance for planning education and training of the nation's present and future labor force. Malcolm Cohen has developed an innovative approach to measuring labor shortages. Originally sponsored by the U.S. Department of Labor, his work is presented here, updated for 1994. 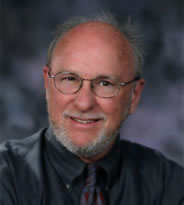 Mr. Coleman's academic background includes a Juris Doctor degree from Southwestern University in Los Angeles and a Masters in Public Health degree with a Hospital Administration major and a Bachelor of Arts degree in Political Science, both from the University of California, Los Angeles.

Litigation Support - As a hospital administration expert witness consultant, Mr. Coleman is an advocate for applying community standards which are relevant, based upon the time frame, subject matter and administrative practice(s) appropriate to each case. He has consulted and provided case review, expert witness services, and/or strategic litigation preparation services in more than 200 legal matters. He accepts cases on behalf of Plaintiffs or Defendants.

Mr. Coleman is willing to serve as either a work product consultant or a designated expert based upon the particular strategic litigation needs of each case.

Dr. Brian H. Kleiner was a former Human Resource Manager for Ford Motor Company. He has had over 100 private and public consulting clients and has trained thousands of employees.

Dr. Kleiner taught three 36-hour courses on KLCS-TV, has over 500 publications, and has given trial / arbitration testimony in over 70 cases, including one resulting in a $12.5 million plaintiffs verdict in 2014 concerning disability discrimination and wrongful termination. He has been profiled in Bender's California Labor and Employment Bulletin in 2007 as a result of his overall forensic expert successes and other achievements.