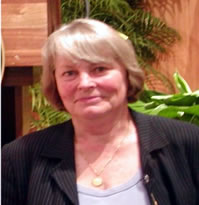 Dr. van Naerssen brings her over 50 years of world-wide experience (US and 47 other countries) to legal cases involving non-native English speakers. She has strong language skills in Portuguese and Spanish, and a range of functional skills in Dutch, French, Mandarin Chinese, Japanese, and some exposure to German, Malay, Cantonese, Russian, Samoan, Arabic, and Urdu.

This gives her valuable insights on what it is like to be a non-native speaker and to function in different cultures. She has also specialized in workplace and professional communications.

Since the early 1990s she’s also been an English language specialist in short gov’t assignments:

Promotion of Communications across Linguistics and Courts/ Law Enforcement

Dr. van Naerssen has testified in 5 federal courts, in hearings, depositions stipulated by judge, and in bench trials.

• Dr. van Naerssen's Curriculum Vitae
6/21/2021 · Linguistics
Applied Linguistics: Everyone Knows What "Steal" Means, Right?! Sting Operation
By: Dr. Margaret M. van Naerssen
This is a summary report on a sting operation case I worked on as an applied linguist. In it the target was a non-native English speaker with a beginner level of English proficiency. The sting setting was a discount store. The undercover officer attempted to persuade a store employee to buy jugs of alleged stolen liquid detergent for sale in the store.
Read Article