Why Building Envelopes Matter During Blackouts 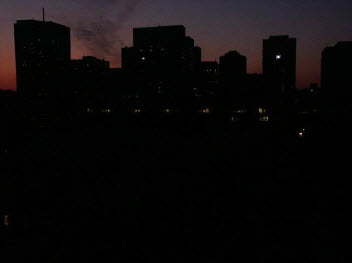 The blackout of 1965 occurred during a typical bitter cold stretch of weather in November of that year, affecting parts of Ontario, Connecticut, Massachusetts, New Hampshire, Rhode Island, Vermont, New York, and New Jersey. Over 30 million people and 80,000 square miles were left without electricity for up to 13 hours. The famous New York City Blackout of 1977 lasted from July 13-14, during a massive summer heat wave, and while it was confined to New York City and its surroundings, over nine million people were affected. And of course we all can recall the aftermath of Superstorm Sandy which hit landfall on October 29-30 in 2012, leaving an estimated 8 million people in the northeast without power, some for weeks after the storm clouds blew away.

History has indicated that the vast majority of people remain in their homes, if possible, during extended blackouts. When the power goes out, buildings are "dependent on whatever protection is provided by their walls, windows, and roof." (1) So how did YOUR building perform during Superstorm Sandy? Temperatures during the blackout following the aftermath of Sandy typically (and thankfully) stayed above freezing during the night and rose to the 40's and 50's during the day, compared to the winter and summer blackouts of 1965 and 1977 which occurred during much more temperature extremes. A study by the Urban Green Council recently showed "that during an extended winter blackout, the temperature inside a typical single-family house would be 35°F after three days. A typical high-rise apartment would drop to 45°F after three days, and then keep falling....In a summer blackout, temperatures in a typical all-glass apartment building would jump to almost 90°F, eventually rising to above 100°F."(1)

These findings further exemplify the need to make your building more "high-performing" and better able to withstand an inevitable power outage, whether it is for just a few hours during a summer thunderstorm or for days or more during a serious weather occurrence like Sandy. The Falcon Group can diagnostically assist in taking your building to the next level of performance. Thorough building investigations can be performed to uncover common maladies such as missing insulation in wall and attic cavities. More heat is lost through walls than any other route - approximately 33% in an uninsulated home. (2) 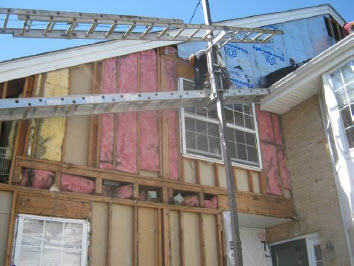 Mechanical deficiencies in your building such as improper ducting and improperly working HVAC equipment can also compromise the performance of your building. The Falcon Group can recommend improvements to the existing systems such as retro-commissioning existing mechanical equipment for optimized performance, and installing remote dataloggers to verify the ongoing performance and collect data quantifying the results of the improvements.

So how will your building perform the next time the lights go out? With recommendations from the Falcon Group for improving building performance, you'll be much better prepared to 'weather' the next storm.

Should you have any questions or concerns regarding the issues discussed in this article please feel free to contact The Falcon Group.

Having recently testified as the door hardware, lock and security expert witness on a very serious elder abuse case involving the rape of a 93 year old resident of a retirement home, I am intimately aware of the potential for physical violence and neglect aimed directly at senior citizens. The following is about a completely different kind of abuse involving our senior population.

Construction Claims For Variation in Quantity