Featured articles by Paul Kayfetz, JD are shown together on this page and the following pages, if any.

What You See Is What You Get

Jurors jumped as the wild boar in the motorcycle headlights suddenly filled the large screen in front of them.A week later they awarded the motorcyclist several million dollars against Caltrans for not mitigating a chronic wild pig problem on Highway One in Monterey County. The jury found that the motorcyclist had a 0.10 blood alcohol level and was negligent, but that our HD-video visibility study showed that even an unimpaired driver could not have seen the pig in time to avoid it. 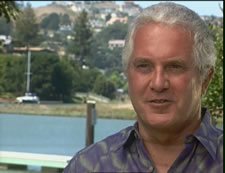 Visibility Studies: On a Clear HD-Video You Can See Forever

The objective of this article is to report on the integration of improved video and related computer technology into existing, long-accepted visibility study preparation and presentation methodologies. The result has been an incremental extension of the types of visual environments which can be reproduced with substantial similarity for admission as visibility evidentiary exhibits in court