Court Requires Expert Witness to Have a Body and a Brain

Originally Published in Financial Complexity Made Clear, May 2015

A recent case addressed the interesting question of whether a corporation could serve as an expert witness. The matter involved a breach of fiduciary duty case coordinated with an appraisal proceeding, in re Dole Food Company ("Dole"). The defendants designated Stifel, Nicolaus & Company, Incorporated ("Stifel"), a corporation, to serve as their expert witness regarding the value of Dole.

The expert reports were signed by Seth Ferguson, a Stifel managing director, and Michael Securro, a Stifel employee, but only as authorized representatives of Stifel and not in their personal capacity. Mr. Ferguson appeared for deposition as the person most knowledgeable ("PMK") regarding the reports, but defense counsel objected to the suggestion that the opinions rendered belonged to him personally and reiterated that Stifel was the expert, not Mr. Ferguson. Presumably, the distinction would allow Stifel to rely on the collective knowledge and experience of all Stifel personnel, rather than solely Mr. Ferguson.

Plaintiffs argued that an expert witness must be a biological person, with defense pointing to the various other instances where the law treats a corporation as a person. The Court found that the Rules of Evidence support that a witness must be a biological person, citing the following rules with which a corporation cannot comply:

"Lacking a voice, a corporation cannot testify. Lacking ears, it cannot hear. Lacking a mind, it cannot have personal knowledge or a memory to be refreshed. Lacking a conscience, it cannot take an oath or provide an affirmation. And because of its incorporeal nature, it cannot even meet Delaware's statutory requirement that a person taking an oath do so "with the uplifted hand."

The Court further noted that no one is permitted to testify through an agent, as Stifel tried to do with Ferguson, without suffering from both speculation and hearsay. While rules of procedure enable parties to obtain testimony from a PMK, such a witness testifies as a biological person and not a legal construct.

"Ferguson has a body and brain. Assuming he is otherwise qualified, he can serve as an expert witness. Stifel has neither and cannot."

By: Joseph A. LaSorsa, CPP

Searches for quality "Security Experts" are conducted on a daily basis by attorneys, V.I.P.’s and corporate executives. Most experts list themselves with referral agencies or expert database web sites. The experts usually list their experience, background and credentials and some of the sites require a fee to be paid by the experts

Litigation in Schools: How an Education Expert Can Benefit Your Case

Assigning fault and responsibility in a lawsuit involving a school is rarely clear cut. 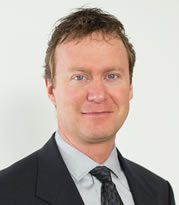 How a Medical Device Expert Witness Can Assist In a Case

Experienced Medical Device Experts can assist with a case in many different ways. First, they have industry knowledge of the medical device industry and can assist with prior art in patent litigation cases for example. They understand the technology and how claim terms are understood for one skilled in the art of medical device design, testing, and manufacturing. This firsthand information can then assist with proper claim construction and infringement analysis. Experience with medical devices product development can also assist in determining what is obvious in the field and what is not as it pertains to patent validation.