The decision in United States vs. Windsor (No. 12-301, June 26, 2013) by the U.S. Supreme Court (SCOTUS) to strike down Section 3 of the Defense of Marriage Act (DOMA) creates important tax issues and opportunities. These include potential refunds for same-sex married couples and their employers for years not closed by the statute of limitations. Those who have state-recognized same-sex marriages should determine if it pays to file amended federal tax returns to obtain refunds of open tax years before any additional years become subject to the statute of limitations.

DOMA was enacted in 1996 and barred the federal government from recognizing same-sex marriages for the purpose of any federal laws, rules or regulations. The IRS therefore has not recognized the status of same-sex couples for federal tax purposes. But because of DOMA's invalidation by the SCOTUS, same-sex couples with a marriage recognized by state law will now be treated by the IRS as spouses for both income tax and estate & gift taxes.

Most importantly, affected couples are now required to file their income taxes on either married filing jointly or married filing separately status. Single and head of household filing statuses are no longer available for affected couples, just as occurs for heterosexual married couples. Whether a couple pays less tax by recognizing the marriage depend on many factors that are unique to that couple's income and available credits. Each couple needs to run the numbers assuming a married tax status versus the prior income tax filing to determine the more favorable position.

The IRS has not yet announced whether it would require same-sex married taxpayers to start recognizing their unions for income taxes, including any requirement to amend past returns. Heterosexual couples certainly do not get an election to disregard their legal status and there is no longer a legal basis for treating heterosexual and same-sex married couples differently. A time-sensitive question exists for those same-sex couples whose 2012 income tax returns have been extended to October 15, 2013 (i.e., not yet filed with the IRS).

Because the U.S. Supreme Court ruled DOMA unconstitutional, it effectively held that DOMA was never valid. Consequently, same-sex marriages should be valid for federal tax purposes retroactively to the date the marriages were recognized under state law. Although the IRS may not require retroactive married treatment for income tax purposes, there seems no basis for the IRS to deny marital tax treatment. Consequently, a refund opportunity exists for past taxes.

Estate taxes are easier to predict. The decision in United States vs. Windsor directly involved the estate tax, and specifically the existence of the marital deduction for inheritances received by one's spouse. With DOMA invalidated, same-sex couples married under state law can make unlimited gifts to each other, all of which are exempt from estate and gift taxes. Taxpayers can file refund claims for estate and gift taxes paid if their same-sex spouse was not previously recognized because of DOMA.

Two additional matters are altered by the SCOTUS's DOMA invalidation, as follows:

As of this writing, same-sex marriage is permitted (or soon will be) in the following jurisdictions:

Eight states allow civil unions, which are generally meant to provide couples with the same treatment under the law as married couples have. The SCOTUS decision does not address civil unions. Therefore, it will be up to the IRS and/or future litigation to address whether civil unions will be treated as marriages for federal tax purposes.

Some opposing same-sex marriage argue that California should not be on the above list, but that is only a technical argument. From a practical perspective, California became the thirteenth state to recognize gay marriages, based on a combination of the same-day ruling in Hollingsworth vs. Perry, the near-immediate related ruling the Ninth Circuit made to implement the Hollingsworth vs. Perry SCOTUS ruling, and the immediate application of those rulings by California's Governor. On the same day as the SCOTUS ruling, Governor Brown directed all counties to issue marriage licenses to same-sex couples. 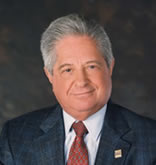 The Expert Witness In Real Estate Litigation - A User's Guide