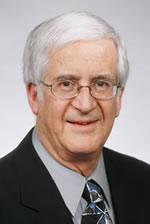 
As Originally Published in The New England Journal of Medicine January 13, 2005

Policies can be very difficult to change, and advocates of change who claim a logical or scientific foundation need valid, reliable, and convincing data. An example of the process is the policy of regulating truck drivers' hours of service in order to reduce motor vehicle crashes. In 1935, Congress directed the Interstate Commerce Commission to establish hours-of-service rules for truckers. In 1938, despite a finding that no scientific basis had been provided, the commission established rules that limited driving to 10 hours in a 24-hour period and required a minimum of 8 consecutive offduty hours within 24 hours. Weekly driving was limited to 60 hours in seven days (or, alternatively, 70 hours in eight days). The agency also commissioned the first large study of fatigue among drivers, which, in 1941, showed a decline in performance on a battery of psychomotor tests during a period of 10 hours. However, the study did not link these results with the likelihood of motor vehicle accidents.1 A decade later, McFarland and Moseley reported on the deterioration in the performance of one driver in a driving simulator during a 4-hour period after 24 hours of sleep deprivation.2 They concluded that sleep is of great importance to drivers, but they observed that "little is known about sleep."

In the 1970s, studies of driver fatigue sponsored by the Department of Transportation found shortterm, cumulative, and diurnal effects occurring for work that was performed within existing hours-of-service limits. 3,4 However, the studies made no quantitative link between these data and the risk of accidents. The Department of Transportation proposed changes to the hours of service, but the recommendations were not implemented and the effort was dropped in 1981. As Mitler et al. reported, during the 1970s and 1980s the growth of research on sleep and the "biological clocks" that control it led to important discoveries about the many ways in which these processes influence human health and functioning.5 In 1988, Congress directed the Department of Transportation to conduct additional research, and in 1989, a joint study of fatigue and alertness among drivers was begun that involved truckers in both the United States and Canada. In this study, my colleagues and I conducted round-the-clock monitoring of the electrophysiological results and performance of 80 truck drivers during more than 200,000 driver-miles.6 In planning the study, we had a strong interest in measuring performance during substantially extended shifts but concluded that it would be too risky to carry out such an investigation on public highways. In the study that we conducted, drivers operated on public highways in compliance with hours-of-service rules, taking eight hours off duty daily. Even without extended shifts, we found that drivers slept less than was required for alertness on the job.7 In 2003, the Department of Transportation increased required off-duty time from 8 hours to 10 hours in every 24-hour period.

A potential limitation of applying data from the study of Barger et al. to hours-of-service policy would be the differential effects of fatigue between 32-hour shifts worked by interns and those worked by truck drivers. The 1941 study of fatigue among drivers ranked the following as factors in fatigue, along with 11 lesser factors:

(1) Performance of a skilled operation requiring a high degree of alertness and attention . . .; (2) Nervous strain due to driving under adverse conditions. Fear of accidents and feeling of responsibility for cargo play a part in causing strain. . . .; (3) Muscular exertion . . .; (4) General irregularity of habits, particularly in respect to sleep, food, recreation, and exercise; (5) Failure to obtain satisfactory rest or sleep during rest periods at work or when off duty. 1

Drivers and interns no doubt share exposure to stressors like these. We now believe that sleep debt and circadian rhythms, associated with the fourth and fifth factors, are predominant in affecting performance, so extended shifts are likely to affect drivers and interns similarly. Therefore, I believe that the data of Barger et al. have valid applications for policymaking in trucking as well as in other areas involving extended shifts.

Work shifts of 32 hours with 2 to 3 hours of sleep are egregiously beyond current hours-of-service limits, yet they can go undetected by the present enforcement system. I have encountered such schedules in reconstructing the crashes of commercial motor vehicles.13 I believe the heightened risk associated with extended work shifts that has been identified by Barger et al. is convincing scientific evidence of the need to improve the enforcement of the hours-of-service policy. With respect to interns, Barger et al. stated in their advertisement for participants in the study that "data from this study may have an important impact on future policy guidelines concerning work hours of health professionals." I sincerely hope so.

3. Harris W, Mackie RR. A study of the relationships among fatigue, hours of service, and safety of operations of truck and bus drivers. Goleta, Calif.: Human Factors Research, 1972.

It was a dark and lonely night – as your client, a middle aged man, drove along an unfamiliar country road, watching out for deer that often jump out in front of cars at that time of year. Soon after the road curved to the right he realized that a disabled car with no lights on was angled across the road in front of him.

Advancements in medical instrumentation are often judged on technical factors such as increased accuracy or increased capabilities without regard to the operator, or to the degree of knowledge or training required to make the instrument perform all of the advanced functions for which it was designed. Because patient safety and efficient use of an instrument are ultimately determined by the operator, it is imperative that medical instruments be designed not only with capability and functionality in mind