The law loves the word, but people love pictures. Integrating words and pictures in your presentations is key to a litigator's success - whether addressing the judge, jurors, arbitrators or mediators.

One of the tests of a litigator's professionalism is the way you design - and present - exhibits. A professional litigator knows how to present exhibits so they pack a punch, instead of die on the vine. Exhibits can build tension in your story and add drama to your presentation - but too often, they are anti-climatic. Instead of hitting your point home, the point gets lost in the telling of it.

This article will discuss three major mistakes that attorneys often make - mistakes which can make the difference between winning your case and losing it.

Mistake Number One: Illustrating the Facts Instead of Telling the Story

Not long ago, defense counsel asked me to develop an exhibit of a factory floor for a wrongful termination case. He claimed that plaintiff was responsible for causing a fire and wanted an exhibit to illustrate where the fire took place. But upon further reflection, we discovered that the point he needed to emphasize was not where the fire took place, but that it was caused by plaintiff's poor judgment. And upon further discussion, we discovered that the fire was just one of a series of poor judgments the plaintiff had made. So we developed a time line instead, documenting a series of events which illustrated this man's overall incompetence on the job. A diagram of the factory floor might have been useful, but not essential to the jurors' understanding of the case. Whereas the time line, which told the story of the case, was crucial evidence.

The Problem of Minutia-itis
Identifying the important issues which advance your story is the most difficult part of putting together a visual presentation. After you have been working on a case for months - sometimes years - you are bound to lose perspective; every little detail becomes magnified in importance. The more involved you are in the details, the more exciting they become.

This condition is known as minutia-itis, and it happens to everybody. You know you have this disease when you find yourself saying to a colleague after a deposition of the other side's expert: "Hah! Did you see Doctor X squirm when I asked him about the secondary side effects on turtles of hecktor-skektor poly-pie-skemia? And the answer he gave, that they are abba-babba-dabba, influenced by the neo-largo-rhythms in the metatarsal of the fourth pad? No juror will ever believe that!"

No juror will ever understand that!

How to Avoid Minutia-itis and Find The Key Elements
The technique for finding the key elements which tell your story is to ask yourself the question: "What does the arbitrator, the judge or the jurors have to know in order to give me the verdict." No case should have more than 5 key elements - no matter how long the trial might be.

Once you have identified the key elements of your story, you have established the outline for your Visual Trial. Each important issue needs to be visually described, so that one exhibit tells the story of that issue. Then you need to substantiate the story with other exhibits illustrating the specific facts. These additional exhibits can be blow-ups of your documents. Without the big exhibit illustrating the story, however, the specific facts get lost.

When designing your exhibits - whether using low tech boards or high tech computer projected graphs and animations - the golden rule is to design exhibits which enhance you, not replace you. Translated, this means that you will never want to show an exhibit which is self-explanatory!

One of the most serious mistakes attorneys make in designing visuals is putting too much information on them, so that they need no one to interpret them. While the jurors read through your exhibit, you might as well (choose one): 1) Prepare your closing argument, 2) read the newspaper, 3) go out for a cup of coffee.

Rather than put yourself on the sideline in your presentation, design exhibits which put you in the middle. Leave out nonessential descriptive data which you can easily fill in verbally. Hit your audience over the head with a smashing picture, which only comes to life with your explanation of it. Establish yourself as the authority figure who holds the key to your audience's understanding of the exhibit - and the case.

When designed correctly, your exhibits can establish your leadership and authority in the presentation arena. When poorly conceived and developed, your visuals can confuse your audience and make you look ill prepared and incompetent.

One of the most serious mistakes attorneys make in presenting exhibits is anticipating the punch line - jumping the gun - giving the ending away. Showing an exhibit is like telling a joke; timing is key to making it work.

The technique for showing an exhibit correctly is to lead into it, not away from it. You want to talk about the exhibit before you show it - creating interest, building up to its central point, but not giving the point away. When you reveal the exhibit, then your audience finds out what the point is. The visual should tell the story, not you.

Never make your point and then reveal it on the exhibit. Never! Otherwise, you lose the drama and excitement that the picture offers.

An Example of How To Lead Into an Exhibit

For example, you represent the defense - a telephone company - who plaintiff maintains was responsible for his company going broke because call-in customers, upon whom the business depended, kept getting disconnected. Your point is that the disconnects accounted for only .02% of all the calls, hardly enough to cause a company's failure.

In the visual we developed for the case, black phones represented all the calls that got through; white phones were the disconnects.

To show the exhibit correctly:

Remember three points as you put together your exhibits:

By developing these simple skills, you will enhance your presentation many times over-creating interest, building drama, communicating your message persuasively and helping win your case.

Constance Bernstein and The Synchronics Group have been working with attorneys in the courtroom since 1981. We are one of the oldest trial consulting firms in the country, pioneering the use of scientific and academic principles which have become essential components in today's complex litigation. The Synchronics Group has developed a special expertise in presenting complex cases to jurors and offers a sophisticated graphics department to visually reinforce case strategy.

Power Up Your Image - Strike A Profile For Profit

Are you earning the income that you desire to earn or believe that you are capable of earning? Do you want to win raises and promotions? If so, it is essential that you pay attention to your workplace image. In today's dressed-down business environment, millions are suffering from the Casual Confusion Syndrome 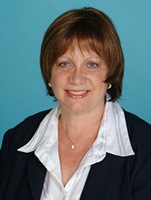 It’s so hard for ADD people to concentrate on tasks some times, because every time something is touched, they think of something else to do. So just trying to say out loud to yourself, "Focus, focus, focus"—easier said than done, but give it a try 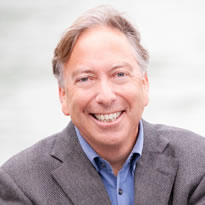 Managing To Have Fun

Business author Paul Hawken said it best, "We lead by being human. We do not lead by being corporate, by being professional or by being institutional." Perhaps that’s why many leaders are embracing one of the most undervalued human resources they have at their disposal - their sense of humor