While Ericsson is a leading contributor to mobile communications standards, a US District Court in California has significantly undervalued Ericsson's standard-essential patents (SEPs) by relying heavily on flawed "top-down" valuation analysis that prorates royalties by company for 2G, 3G and 4G based on SEP counting. 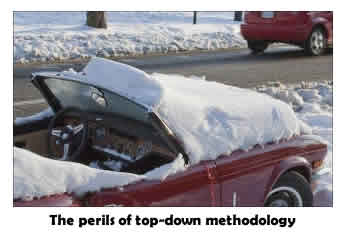 This analysis applies a series of inaccurate assumptions which whittle down royalty rates from an understated notional maximum in a succession of unreliable steps. The resulting rates derived are a lot lower than those found in a European court's FRAND determination for the same company in the same year (2017) and for the same 2G, 3G, and 4G patent portfolios. The differences between these US and European determinations are irreconcilable.

In late 2017, Honourable James V. Selna, Judge of the District Court of the Central District of California, handed down a court-ordered fair, reasonable and non-discriminatory (FRAND) license in TCL v. Ericsson.[1] His Court's Decision used a top-down analysis, together with a comparable license analysis as a cross-check, to determine various FRAND rates. This approach might, at first glance, be perceived as similar to the FRAND determination in the UK's Unwired Planet decision.[2] However, in that case Honourable Justice Birss centered on Ericsson's comparable licenses and used top-down analysis only as a cross-check. This difference, among others, led to significantly different results.

In TCL v. Ericsson, the Court's tasks were to determine:

The Court was presented with two principal schemes for determining the proper royalty rates. TCL advocated a "top-down" approach which begins with an aggregate royalty for all patents encompassed in a standard, then determines a firm's portion of that aggregate. Ericsson used its existing licenses with similarly situated licensees (i.e. comparable licenses) to determine the appropriate rates. Ericsson also offered an "ex ante," or ex-Standard, approach which seeks to measure in absolute terms the value which Ericsson's patents add to a product by asking consumers how much they value certain product capabilities such as improved battery life.

My critique focuses on the use of top-down analysis adopted by the court in the TCL v. Ericsson case, with reference to some metrics used in the UK Unwired Planet decision. One reason for doing so is that both courts were presented almost identical evidence, but each judge chose a different approach, leading to the US District Court granting rates for the Ericsson portfolio that are less than half the rates determined by the UK High Court. I have been critical of top-down methodologies as the key element to determine FRAND royalties in various articles for more than a decade.[3] This critique is the latest in this series. It also follows my work as a testifying expert witness on behalf of Ericsson in the US case.

Top-down apportionments are almost invariably based on the notions of a fixed royalty rate aggregate or cap and royalty-rate proportionality based on patent counts rather than patent value. Unlike in patent cases, where courts definitively determine validity, infringement and essentiality patent-by-patent; no such determinations were made by the Court on Ericsson's patents, or on the larger universe of all patents declared by their owners to be possibly essential to the cellular standards.

Therefore, any ostensible exactitude in the top-down figures derived is spurious. The Court notes that "The search for precision and absolute certainty is a doomed undertaking." (Decision, page14). I agree: no methodology can provide that in FRAND-rate setting. For example, it is impractical in terms of time or money to conduct -on hundreds or thousands of patents in SEP portfolios-the kind of patent-by-patent analysis typically carried out on no more than a handful of patents in patent infringement and validity litigation.

Significant failings in the Court's top-down FRAND-rate determinations include starting with aggregate royalty rate figures that were too low and then whittling these down with a succession of largely erroneous adjustments:

Comps and Other Valuation Methods

Comparable licenses, with the prices in these firmly established by several years of commerce and billions of dollars in licensing payments already made, can provide the most accurate and reliable basis to establish FRAND licensing rates. The inaccuracies there are in interpreting and adjusting figures and terms so that comparisons can be made among licenses on an apples-to-apples basis. Comparable licenses are widely accepted pricing benchmarks in patent cases around the globe, including those involving SEPs. There is also much to comment upon with respect to the (lack of) rigor and accuracy in the Court's analysis and findings based on Ericsson's existing licenses: for example, how cross-licenses were "unpacked" to derive "one-way" licensing rates. Nevertheless, I am leaving this and the Court's rejection of Ericsson's ex-standard valuation method for others to analyze in detail right now, or for me to do so elsewhere in due course.

Following my review of the courts' decisions in both abovementioned cases, I continue to conclude that top-down valuation methodologies are subject to various shortcomings including inaccuracy (i.e. true error rates in determinations are unknown), unreliability (i.e. results are not reproducible consistently) and susceptibility to significant bias (because determinations are so subjective and devoid of an audit trail on how determinations are made). Centering on a top-down methodology that is largely based on only cursory standard-essentiality determinations by TCL's experts in this case, as the primary means of apportioning FRAND rates is untrustworthy.

The above is a summary of my critique of the Court's top-down analysis which is available in full, here, and also in the SSRN eLibrary.