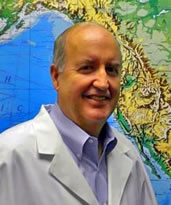 Dr. Bruce C. Hemming, PhD - President & CEO of Microbe Inotech Laboratories, Inc. (The MiL, Inc.) is an accomplished science and business professional with over 40 years of real-world experience in Microbiology and its practical applications. He currently serves on three biotechnology committees for multi-disciplinary teams involved in original research. He has earned several patents on his research within the field of microbiology.

Dr. Ewen Todd is a Food Safety Expert with over 45 years of experience in the reporting and surveillance of Foodborne Disease, as well as development of analytical methods for identifying foodborne pathogens. As a result of his knowledge of foodborne disease and work researching different pathogens and toxins, Dr. Todd has influenced research programs and regulatory approaches taken by the Health Protection Branch of Health Canada. In the US, he held the position of Director of the National Food Safety and Toxicology Center and the Food Safety Policy Center at Michigan State University.

A leader in microbial research, foodborne disease surveillance, costing of outbreaks, food safety policy, seafood toxins, standard-setting, risk assessment, risk management and risk communication, his presentations and food safety programs have been influential in many countries including China, Cambodia, Japan, United Arab Emirates, Lebanon, Kuwait, Saudi Arabia, Europe, as well as Canada, and the USA. Dr. Todd has delivered over 400 presentations and posters at national and international meetings, with over 200 invitations to speak and teach workshops.

An acclaimed author in the field of Foodborne Illness, he has written 109 research papers, 16 reviews, 36 book chapters and booklets, 40 departmental publications, 37 conference proceedings, 9 laboratory methods, 56 investigational and editorial articles, 90 published abstracts, and 3 editings of proceedings or books. Dr. Todd has received 20 appointments and awards, including the Excellence in Science Award for 1998, the first to be awarded by Health Canada. He is a Fellow of the American Association for the Advancement of Science, the International Association for Food Protection and MSU University Outreach and Engagement as well as Editor in Chief for the Elsevier Encyclopaedia of Food Safety.

Dr. Todd's Consulting services are available to businesses and governments internationally. He responds to telephone calls, emails, and written requests for information on food and waterborne disease. 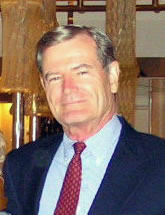 Dr. Olen R. Brown, PhD (Microbiology) is a board certified Diplomate in Toxicology and member of the Standards of Knowledge Committee . With broad teaching and research experience, Dr. Brown has dedicated over 35 years to the Life Sciences with a focus on Human Medicine using the disciplines of bacteriology, virology, immunology, epidemiology, biochemistry, physiology, analytical chemistry, toxicology and environmental sciences. Dr. Brown currently is a scientific consultant to corporations and universities.

Dr. Brown is an invited peer reviewer for federal agencies (NIH, NIEHS, CDC, EPA, Superfund, ATSDR and others) and reviewer for the American Association for the Advancement of Science (AAAS) Books and Films. He is also an invited reviewer of submitted papers for various scientific journals including regularly for the American Chemical Society publications and serves as judge of submitted abstracts for the Society of Free Radical Biology and Medicine.

Consulting Experience Includes:View Dr. Brown's Expert Witness Profile.
• Dr. Brown's Curriculum Vitae
2/17/2002 · Expert Witnessing
The Art Of Expert Witnessing
By: Dr. Olen Brown
Attorneys use experts in two ways. First is the traditional use of an expert as a witness in court. In this role, scientists, business people, or others with technical knowledge are retained by attorneys primarily for their opinions (oral, written, or both), ultimately to be given at deposition and in civil and criminal courts. Second, the expert may be used as a pre-trial consultant or more specifically as an undisclosed consultant
Read Article
Miracles
Olen R. Brown, PhD
"Miracles" reveals truth from Scripture, science and life. Everything that is or was or is to come is part of God's miracle. Science says that nothing is miraculous- Time and Chance created the universe with no meaning or purpose. God's universe has great meaning extending from the stars to atoms and to you. What we believe about miracles can be a source of great joy or missed joy in our lives. Dr. Brown, a Christian and author of over 100 scientific papers, has coined a new word, synscicretism, to call attention to the doctrine that today elevates science above religion. Science works best for the great "how" questions, but poorly for the great "why" of all things.
The Art and Science of Expert Witnessing
Olen R. Brown, PhD
This authoritative guide is designed to achieve a synthesis of understanding and effort between case science and case law. It examines all stages of attorney/expert interaction from the initial interview to post-trial evaluation.

Get Your Construction Business To Always Make A Profit!: The BIZ-BUILDER BLUEPRINT For Contractors

Will My Kid Grow Out of It?: A Child Psychologist's Guide to Understanding Worrisome Behavior