Dr. Charles R. Anderson has long specialized in the Characterization of Surfaces, Interfaces, Thin Films and Coatings. Since 1972 he has applied surface and near-surface analysis techniques such as x-ray photoelectron spectroscopy (XPS or ESCA) and Auger microprobe to the solution of surface chemistry and coating problems.

Dr. Anderson worked for the U.S. Navy and Lockheed Martin Laboratories prior to starting his own laboratory in 1995. He served as an officer of the ASTM Committee E-42 on Surface Analysis and as U.S. Expert on several sub-committees of the ISO Technical Committee 201 on Surface Chemical Analysis. He especially enjoys integrating the results of multiple analytic techniques (surface analysis, thermal analysis, FTIR, SEM/EDX, optical microscopy)to solve tough materials problems.

Litigation Support -  Dr. Anderson has extensive experience in materials science as a result of solving the materials problems of many industries with the aid many analytical techniques. He is available to provide Expert Witness Services for legal matters involving Materials Failure, Intellectual Property Theft, Misrepresentation, Failure to Meet Contract Specifications, Materials Identifications and Characteristics, or Quality Issues. To ensure the accuracy and integrity of his testimony, Dr. Anderson and his staff independently analyze the relevant materials in most cases.

Edward S. George PE, has over 30 years of experience in the field of Product Liability and Failure Analysis.

Mr. George has experience in a variety of material failures including Metals, Polymers, Plastics, Composites, Ceramics, Glass, and Porcelain.

Litigation Support - A court-qualified expert, Mr. George has over 13 years of experience and has testified in depositions and trials. His forensic training is complemented by his industrial experience including:View Edward George's Consulting Profile.
• Edward George's Curriculum Vitae

Envista Forensics is a global leader in Forensic Engineering & Recovery Solutions. They provide Cause & Origin, Failure Analysis, Fire and Explosion Investigations, Accident Reconstruction, Damage Evaluations and Equipment Restoration Services following disasters of all kinds. Envista has offered Consulting Services to the insurance, legal and risk management industries, as well as businesses, public entities, and universities for over 25 years.

Their Experts travel globally from 30 offices located across the U.S., Canada, Mexico, the U.K., Australia and Singapore. Envista's experience counts when equipment, systems, structures, or data have been threatened by catastrophe or litigation. Their experts and advisors determine cause and responsibility, and identify the nature and extent of damage or loss and provide a full range of solutions to protect their assets.

Envista's technical professionals are trusted advisors and industry leaders. Their expertise is broad and deep, capable of withstanding all forms of scrutiny. Envista's services are available globally so that certainty is assured no matter where in the world it is needed. As the recovery from disasters has grown more complex, Envista has developed a comprehensive array of services to help their clients and has associates located around the globe to provide assurance no matter the type of loss or location of the disaster. Envista helps attorneys quickly get to meaningful answers on the many technical issues at the center of a dispute. Their engineers have decades of experience working with both defendants and plaintiffs.

They offer effective Expert Witness Testimony, with the ability to communicate effectively, build rapport with juries and judges, and maintain adherence to structured, methodical approaches in drawing conclusions are all extremely critical. Envista Forensics understands how critical the selection of an expert can be, and we understand what makes experts effective. Their court qualified experts have extensive experience providing expert testimony on a wide variety of engineering and technical matters.

• Envista Forensics' Case Studies
• Envista Forensics' Resources
• Envista Forensics on Facebook
• Envista Forensics on LinkedIn
• Find An Expert
2/18/2014 · Medical - Medicine
Pipe Ruptures Above Your CT Scanner - Now What?
By: Envista Forensics - Andrew Spetter and Mark Ewing
All is quiet at 10:30 pm until a nurse notices water on the 2nd floor hallway. Building maintenance is called and discovers a ruptured pipe fitting in a bathroom on the 2nd floor. The water is shut off at 10:45 pm but unfortunately the damage has been done. It is later discovered that water penetrated through perforations in the ceiling in the CT suite on the 1st floor exposing the 16-slice CT gantry and patient table to water.
Read Article
1/14/2014 · Machinery
After the Storm: Mitigating Losses Involving High-Technology Equipment Following a Flood
By: Envista Forensics - Bruce Swales
The role that water plays in our existence is well understood. Without it, most living things will rapidly wither and die. Equally catastrophic of course, are the consequences of too much water. Not only to living things, in terms of widespread flooding, but also in terms of damage to machinery and equipment from exposure to water.
Read Article
5/15/2013 · Electrical - Electrocution
Identifying the Source of a Power Surge
By: Envista Forensics
Is it possible to differentiate between lightning related surges and artificially generated electrical surges?
Read Article
4/17/2013 · Discovery & Electronic Discovery
An Introduction to the eDiscovery Process
By: Envista Forensics
E-Discovery is the process of collecting and exchanging electronically stored information (ESI) that is requested during the discovery phase in civil litigation.
Read Article
3/14/2013 · Corrosion
Preventative Restoration: Preserving your Options
By: Envista Forensics - Andrew Spetter
An ominous cloud of smoke continues to billow as the sprinklers rain water throughout the facility. The production manager's mechanical and electrical equipment is rapidly deteriorating, and within hours, the previously pristine equipment normally used to manufacture precision circuit boards will have a thin coating of flash rust with further damage forthcoming.
Read Article
1/25/2013 · Damages
Minimizing the Impact of Medical Equipment Losses
By: Envista Forensics - Andrew Spetter and Mark Ewing
Doctors and nurses need to make quick, educated decisions to minimize the impact of difficult situations. These decisions are based on the practitioner's years of experience, their education, the science and technology available, and with the assistance of critical analytical and diagnostic equipment.
Read Article
11/19/2012 · Damages
Investigating Equipment Damage Claims in Latin America
By: Envista Forensics - John Hicks
A water pipe breaks in a healthcare provider's facility, saturating an MRI control cabinet. The manufacturer is called in and spends $200,000 on attempted repairs. The unit still doesn't work. The manufacturer says the entire unit needs to be replaced, at a cost of $240,000.
Read Article 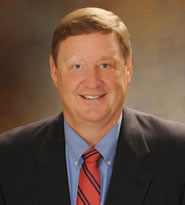 The Health Care Providers Guide To...