Litigation Support: Bill’s pragmatic approach to both forensic and litigation consulting as well as project consulting is based on more than 40 years of real-world experience as a design professional, mentor and forensic analyst, as well as many years as an instructor in professional and academic settings. Represented both plaintiffs and defendants in a variety of jurisdictions throughout the US and Asia. Bill’s ability to explain complex issues to non-technical audiences, including juries, mediators and judges, is a key to successfully solving your litigation challenges.

Consulting Services: Services range from peer review to conceptual design to development of strategies and programs for expedited project delivery.

Bill frequently acts as an owner’s agent and mentor, functioning as an extension of the owner’s project team. On other projects, Bill serves as a subject matter expert assisting project delivery firms in their development of viable solutions and review of construction documents.

As a project consultant, Bill assures the project gets off to the right start and provides his expertise through completion and operation to maximize return on investment.

• More About William Acorn
• View a sample of Litigation Projects
• View a sample of Non-Litigation Projects
• Acorn Consulting Services Video
• Video: Acorn Consulting Services
4/11/2005 · Construction
Things You Can Do To Avoid Conflict In The Design And Construction Of Building Projects
By: William R. Acorn
Introduction: In our first Volume of the Forensic Exchanger, we discussed some of the all too many reasons why HVAC systems fail. If you missed that edition and are interested in that topic e-mail us and we will gladly send it to you. We will follow up with more discussion of that important topic in later editions
Read Article
Code Compliance for Advanced Technology Facilities : A Comprehensive Guide for Semiconductor and Other Hazardous Occupancies
William R. Acorn
Facilities which utilize hazardous liquids and gases represent a significant potential liability to the owner, operator, and general public in terms of personnel safety and preservation of assets. It is obvious that a catastrophic incident or loss of property or personnel is to be avoided at all costs. This book was conceived to give the reader a guide to understanding the requirements of the various codes and regulations that apply to the design, construction, and operation of facilities utilizing hazardous materials in their processes. 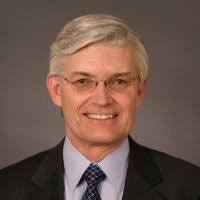 Thomas W. Caldwell, PE, has over 40 years of experience in Materials Research and Development, Process and Product Development, and Manufacturing Operations in the Precision Cast and Machined Products industry.

Mr. Caldwell has lectured in the USA, Germany, Switzerland, and India on manufacturing premium quality metal products and manufacturing processes, and was a technical paper peer reviewer for 20 years for the Society of Automotive Engineers. A United States patent holder, he has published peer reviewed research in electrochemistry and materials processing, and has written and spoken numerous times on the subject of Materials Selection.