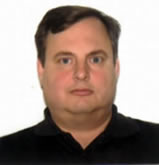 4/27/2016 · Family Issues
Divorce: Vocational Evaluation in Family Law Cases
By: Allan Billehus
There are more people separated from the workforce now than there has ever been in the United States. Many of these individuals are not in the workforce by choice, although they will give you a list of issues and reasons why they are not working. As the need for information supporting requests for Alimony and Child Support increases, so does the need for assessment of earning capacity and vocational potential. Determining a spouse's earning ability can pose a difficult and complex dilemma. A spouse may be out of work by mutual agreement, e.g., health reasons or raising children, or may be unemployed involuntarily, e.g., job change or downsizing. A spouse may be purposely out of work or underemployed, or hiding income and this is when imputed income is needed. When issues arise regarding support of the spouse or children, determining the earning capacity for which either spouse should be responsible becomes a critical issue.
Read Article

6/24/2009 · Psychology
Rich Weinfeld Enabling or Empowering? Adaptations and Accommodations for Twice-Exceptional Students
By: Rich Weinfeld
This article addresses the different perceptions that parents, students, and teachers have regarding appropriate accommodations for twice-exceptional students.
Read Article

6/24/2009 · Family Issues
A Break in Communication: When an Advocate Is Needed
By: Rich Weinfeld
Each and every child is born with potential. The adults in that child’s world must work to make certain that there are educational opportunities in place to ensure that potential is reached. Every time an adult acts to support a child’s potential or speak on his or her behalf, we are striving to act as an advocate. In some instances, parents will use traditional venues, such as
Read Article 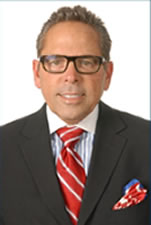 6/16/2009 · Domestic Violence
California Looks Out for Youngest Victims of Domestic Violence
By: Martin Brenner
Family violence is a serious issue that plagues societies across the world and clogs up the already overburdened criminal justice system. Domestic abuse can occur between any two or more people living together – husbands and wives, boyfriends and girlfriends, partners, children, siblings, parents and others. It can include any type of physical
Read Article

6/16/2009 · Counseling
Coping with Today’s Tumultuous Environment
By: Martin Brenner
The age in which we live is full of stressors that can build and trigger a slew of negative emotions. Anxiety and frustration are everywhere in today’s society and the way in which we choose to deal with them can have a profound impact on our lives. What we choose to do with our pain is up to us.
Read Article

6/16/2009 · Domestic Violence
Domestic Violence: Causes and What We Can Do to Control It
By: Martin Brenner
Domestic violence goes far beyond the typical stories you hear so often in the news. It can involve a spouse, former spouse, girlfriend, boyfriend, a child, parent or live-in partner. Hitting is but one aspect of domestic violence, a social issue across the globe that has a far-reaching impact
Read Article

6/15/2009 · Addiction Issues & Substance Abuse
Dysfunction at the Top: How Addiction Affects the Powerful
By: Martin Brenner
So many people wrongly assume that addiction is a problem that plagues the weak and the poor. Addiction does not leave anyone out. In fact, the rich and the powerful have their fair share of problems with addiction. They just have more resources to conceal and deal with the problems
Read Article

6/5/2009 · Anger Management & Related Issues
Behaving Badly: Anger Management
By: Martin Brenner
Christian Bale is no stranger to the ranting and raving so common today among celebrity types. Whether they feel some sense of entitlement or superiority, gross displays of celebrity anger are everywhere. In Bale’s case, a July outburst on a movie set has left his public image in tatters. He has apologized for the incident, calling himself a “punk” and saying
Read Article
< 1 2 >

How to Value Your Business and Increase Its Potential