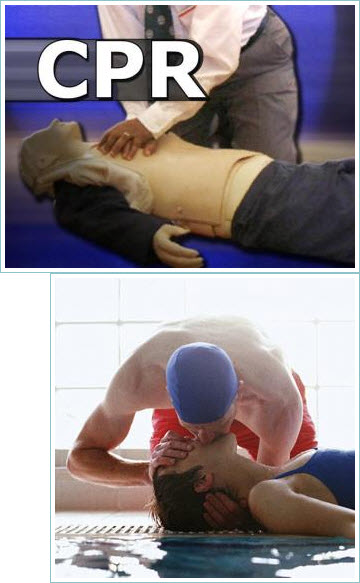 DALLAS, April 1 - Chest compressions alone, or Hands-Only Cardiopulmonary Resuscitation (CPR), can save lives and can be used to help an adult who suddenly collapses, according to a new American Heart Association scientific statement.

The statement, from the association's Emergency Cardiovascular Care (ECC) committee, is published in Circulation: Journal of the American Heart Association.

Hands-Only CPR is a potentially lifesaving option to be used by people not trained in conventional CPR or those who are unsure of their ability to give the combination of chest compressions and mouth-to-mouth breathing it requires.

"Bystanders who witness the sudden collapse of an adult should immediately call 9-1-1 and start what we call Hands-Only CPR. This involves providing high-quality chest compressions by pushing hard and fast in the middle of the victim's chest, without stopping until emergency medical services (EMS) responders arrive," said Michael Sayre, M.D., chair of the statement writing committee and associate professor in the Ohio State University Department of Emergency Medicine in Columbus.

By using Hands-Only CPR, bystanders can still act to improve the odds of survival, whether they are trained in conventional CPR or not, Sayre said.

"Many times people nearby don't help because they're afraid that they will hurt the victim and aren't confident in what they're doing," he said. "We want people to know that they can help many victims, just by calling 9-1-1 and doing chest compressions. Don't be afraid to try it. We are sure many lives will be saved if the public does Hands-Only CPR for adult victims of sudden cardiac arrest."

The new recommendation for Hands-Only CPR for adults who suddenly collapse is an update to the 2005 American Heart Association Guidelines for CPR and ECC, which previously recommended that lay rescuers use compression-only CPR only if they were unable or unwilling to provide breaths. The update puts Hands-Only CPR on par with conventional CPR when used for an adult who has suddenly collapsed. This change was supported by evidence published from three separate large studies in 2007, each describing the outcomes of hundreds of instances of bystanders performing CPR on cardiac arrest victims. None of those studies demonstrated a negative impact on survival when ventilations were omitted from the bystanders' actions. Hands-Only CPR is easier to remember and results in delivery of a greater number of chest compressions, with fewer interruptions, until more advanced care arrives on the scene.

Conventional CPR is still an important skill to learn, and medical personnel should still perform conventional CPR in the course of their professional duties. The new recommendations apply only to bystanders who come to the aid of adult cardiac arrest victims outside the hospital setting.

Hands-Only CPR should not be used for infants or children, for adults whose cardiac arrest is from respiratory causes (like drug overdose or near-drowning), or for an unwitnessed cardiac arrest. In those cases, the victim would benefit most from the combination of chest compressions and breaths in conventional CPR.

The public is still encouraged to obtain conventional CPR training, where they will learn the skills needed to perform Hands-Only CPR, as well as the additional skills needed to care for a wide range of cardiovascular- and respiratory-related medical emergencies, especially for infants and children.

The new statement is intended to increase how often bystander CPR is performed. It emphasizes the importance of "high-quality" chest compressions - deep compressions that allow for full chest recoil, at a rate of about 100 per minute - with minimal interruptions.

More information on CPR training can be found at www.americanheart.org/handsonlycpr.

Although showing a slight downward trend, U.S. pool-related drownings have see-sawed for the past several years - despite reinforcement of safety messages in the media.

Aquatics Safety: In the Rhythm of Saving Lives

On July 13, 2004, a 55-year-old man collapsed in the Medina (Ohio) Aquatic and Fitness Center. The aquatic manager for the city, Darlene Donkin, responded and assessed him to be in cardiac arrest. Although Donkin was a CPR instructor and taught more than 100 classes on the subject, she had never actually performed it in a life-and-death situation prior to this incident.

Working With EMS Can Enhance Your Rescuer Services

For aquatics facilities to effectively integrate rescue and safety services with those of the local fire and rescue agencies and emergency medical services (EMS), it's imperative that all agencies establish collaborative agreements and cooperative training programs.