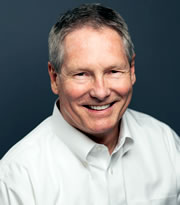 On February 24, 2020, VirnetX announced the U.S. Supreme Court denied Apple’s petition for a writ of certiorari. Apple had asked the High Court to consider the Federal Circuit’s claimed misguided use of prior license agreements to calculate patent infringement damage awards without satisfying the Supreme Court’s precedent that an apportionment between patented and non-patented features of multi-component products be performed in every case.

In the second trial, VirnetX’s damages expert relied on six VirnetX settlement agreements with third parties and calculated a rate of $1.20 based on a simple average. Apple claimed the royalty rates varied by more than an order of magnitude and may have needed weighting since the royalty bases varied extensively in terms of units and dollars. Notwithstanding, VirnetX’s expert urged the jury to accept that Apple would have agreed to pay a $1.20 royalty per each infringing unit. Apple contended that all but one of the six licenses VirnetX relied upon were for conventional desk-top calling systems that bear no resemblance to its iPhone. Apple claimed VirnetX’s expert acknowledged he thought the licenses were apportioned but was not certain how. The jury accepted, and the Federal Circuit sustained, VirnetX’s assertion that Apple would have agreed to pay a $1.20 average royalty per unit for a total royalty amount of over $302 million.

Apple claimed that in each of the cases listed above, the Federal Circuit sustained the assertion that prior licenses already include apportionment since a licensee would pay precisely what it believed the patented technology was worth. In its petition to the Supreme Court, Apple argued that such an assertion is incorrect since royalty rates negotiated as settlement of litigation are likely artificially influenced by the litigation and therefore do not reflect the patented invention’s true contribution to the value of the end-product.

Furthermore, Apple expressed its worry that in future reasonable-royalty cases patentees will be able to draw upon what it calls a “Time Warner-Elbit-Cisco loophole” to avoid apportionment requirements simply through reliance on prior licenses.

Apple feared that patent owners will seek massive damage awards that will deter innovation and cause royalty stacking that far exceeds a product’s worth.

If this Court does not correct the Federal Circuit’s departure from long-established apportionment principles, patentees will seek massive, unjustifiable sums to license their patents, and will obtain inflated judgments in court. This will divert funds that would otherwise support technological innovation.


***
That makes apportionment ever more important. Without apportionment, rates will stack one upon the next, growing to an exorbitant sum far exceeding the product’s worth. This well-documented phenomenon, called “royalty stacking,” has predictable consequences: Plaintiffs can credibly threaten grossly excessive damages and coerce massive settlements. At best, that ties up resources better spent by innovators on research and development. At worst, it deters innovators from entering a market altogether.

Scott D. Hampton is a CPA, ABV, CFF, and the founder of the Firm. He has over 34 years of forensic accounting experience valuing economic damages due to patent, trademark, and copyright infringement, and misappropriation of trade secrets. Hampton IP is one of the nation's most trusted Intellectual Property expert consulting and expert witness service firms. Over the course of the past three decades we have worked on more than 200 cases involving high-profile intellectual property valuations, economic damages calculations, financial impact analyses, patent, trademark and copyright issues, trade secrets, false advertising, breach of contract and construction and defect matters for major corporations and law firms throughout the nation.