Edward S. George PE, has over 30 years of experience in the field of Product Liability and Failure Analysis.

Mr. George has experience in a variety of material failures including Metals, Polymers, Plastics, Composites, Ceramics, Glass, and Porcelain.

Litigation Support - A court-qualified expert, Mr. George has over 13 years of experience and has testified in depositions and trials. His forensic training is complemented by his industrial experience including:View Edward George's Consulting Profile.
• Edward George's Curriculum Vitae 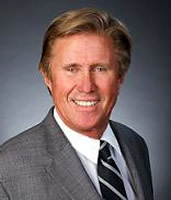 Stephen George has over 40 years of Landscape Design and Construction Defect experience. Mr. George has owned and operated Landscapes West since 1980, and is still providing design / build and maintenance services to his clients. His projects have included commercial, apartments, condominiums, and residential landscapes.

Litigation Support - Stephen George is an Industry Expert for C-27 Landscape Construction. He provides litigation and consulting services to attorneys representing both Plaintiff and Defendant. His expertise has been called upon throughout the state of California, Nevada, and New York. Mr. George's services include inspection and cost of repair and replacement, review of project drawings, photography / forensic imaging and construction documentation, aboriculture analysis, and landscape construction defects and failures.

Redesign The Medical Staff Model: A...