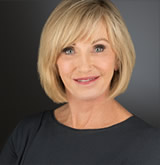 Dr. Jane K. McNaught, PhD is a locally and nationally recognized Psychological Forensic Expert with an extensive background in Clinical Psychological issues. Dr. McNaught works with both adults and children. She specializes in the diagnosis and treatment of Post Traumatic Stress Disorder and Divorce related issues.

Dr. McNaught has treated numerous adult and child victims of sexual and physical abuse. She has also consulted on cases for both the plaintiff and defense regarding the reliability of child and adult statements about sexual assault. She also consults on cases involving delayed reports of sexual assault as well as standard of care regarding interviewing alleged victims of sexual assault. Dr. McNaught also specializes in criminal cases where sexual assault is alleged as well as mental health issues that may impact sentencing. In the area of Family Law, Dr. McNaught has a long history of providing custody evaluations in high conflict cases that involve personaltiy disordered parents, allegations of physical and sexual abuse, allegations of Factitious Disorder of Self and Others, and cases involving Parental Alienation. Dr. McNaught also works with adults who are experiencing depression, anxiety, and going through life transitions. Throughout her career, she has also treated children who are experiencing behavioral, academic, and social difficulties.

Clinical Areas of Expertise:Dr. McNaught has presented her work at national conferences for psychologists, social workers, physicians, attorneys and judges. Her presentations and workshops have been requested by such organizations as the Criminal Justice Institute, International Symposium on Child Custody Evaluation, Trial Lawyers Association, and many others. Dr. McNaught was one of a few psychologists chosen to be an invited Expert on the Minnesota Supreme Court Task Force on Visitation. She has also been invited to participate in State and County Policy Making Boards related to sexual assault as well as divorce custody issues. She is highly regarded as a state and national expert in the areas of: Sexual Assault, Post Traumatic Stress Disorder, Parental Alienation, Factitious Disorder by Proxy, and Divorce related issues.

View Dr. McNaught's Expert Witness Profile.
• Dr. McNaught's Curriculum Vitae
• More About Dr. McNaught
10/23/2017 · Psychology
Evaluating the Psychological Impact of Burns
By: Dr. Jane K. McNaught
Physical traumas such as a serious burn injury can be profoundly traumatic. Serious burns result in sudden unanticipated trauma related to the individual's exposure to a potentially life-threatening experience. One day the burn victim begins their day like any other, and by the end of the day the burn victim's life may be changed forever by the traumatic event experienced. A Forensic Psychological Expert utilizes well respected psychological tests to assess the emotional impact of such injuries. The psychological tests employed are statistically reliable and valid. The choice of valid and reliable psychological tests employed by a Forensic Psychologist are similar to tests used by a physician to diagnose diabetes or other medical disorders. Such tests offer norms that compare the individual in question to a large normative sample, in order to evaluate the burn victim's psychological functioning compared to that of the "normal" person.
Read Article
7/12/2017 · Forensic Psychiatry
Diagnosing and Treating Parental Alienation/Child Alienation: How a Forensic Psychologist Can Help
By: Dr. Jane K. McNaught
When divorce occurs in the family, an inevitable loss occurs in the lives of the parents as well as children. Positive adjustment to divorce comes when both of the parents as well as the children develop healthy coping methods to deal with the loss. This enables both parents and children to move forward with their new lives. Unfortunately, many parents who suffer from their own disturbed attachment history or mental health issues, are unable to put aside their anger and constructively cope with the loss. In such cases, parents often undermine the children's relationship with the other parent, in order to express their own unresolved parental anger and sadness about the divorce.
Read Article
6/15/2017 · Psychology
Factitious Disorder Imposed on Another
By: Dr. Jane K. McNaught
Formerly this disorder has been referred to as Munchausen by Proxy and later, Factitious Disorder by Proxy. In the current version of the American Psychiatric Association's Diagnostic Criteria, Diagnostic and Statistical Manual of Mental Disorders, fifth edition (DSM-V), the disorder is referred to as Factitious Disorder Imposed on Another, (DSM-V 300.19). The perpetrator and not the victim is given this diagnosis. The victim is given an abuse diagnosis.
Read Article
6/6/2014 · Psychology
Forensic Psychology: Emotional Damages and Traumatic Injuries in Children and Teens
By: Dr. Jane K. McNaught
Forensic Psychologists can assist both Plaintiff and Defense lawyers in their assessment of the emotional damages related to traumatic injuries with adults as well as children. PTSD in children and teens is caused by events that have caused them or someone else to be killed or badly injured. Not all children develop PTSD after a traumatic injury. 3-15% of girls and 1-6% of boys develop PTSD in response to a traumatic experience. Rates of PTSD are higher for certain types of trauma survivors. Nearly 100% get PTSD if they see a parent being killed or if they see a sexual assault. 90% of sexually abused children develop PTSD; 77% of children who see a school shooting develop PTSD; and 35% of children who see violence in the area they live, develop PTSD (National Center for PTSD in Children and Teens).
Read Article
5/1/2014 · Psychology
Amputation: Evaluating Psychological Injuries in Children and Adults
By: Dr. Jane K. McNaught
Amputation is an injury involving loss of function, loss of sensation, and loss of body image. It is not surprising amputees often suffer psychological difficulties following such an event. Further, these psychological difficulties can also result in long term Post Traumatic Stress Disorder (PTSD) for the amputee. Often these psychological injuries and resultant PTSD can be difficult to explain to a jury. The forensic expert's presentation of psychological testing assessing potential PTSD is one part of proving or disproving damages. However, the forensic expert can better assist either the Defense or Plaintiff's attorney by addressing specific functions in the amputee that have been affected by the injury.
Read Article

Prevention And Treatment Of Gastric...

The Truth Behind the Black Lives...