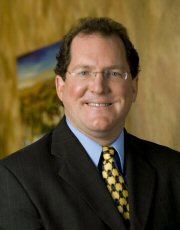 E/M services have been vulnerable to fraud and abuse. It has been long known that in tough reimbursement and economic times, some physicians have a tendency to "game the system" when it comes to visit coding. It has also been well known that physicians make coding mistakes due to a lack of coding and documentation education.

Most E/M services are billed using CPT codes that define the complexity level of the service. The level of an E/M service corresponds to the amount of skill, effort, time, responsibility, and medical knowledge required for the physician to deliver the service to the patient. To accurately determine the appropriate complexity level of an E/M service, physicians must use the following three key components: patient history, physical examination, and medical decision making.

Physicians are responsible for billing the appropriate E/M code they bill to Medicare. It is inappropriate for a physician to bill a higher level, more expensive code when a lower level, less expensive code is warranted. Physicians must also accurately and thoroughly document that the E/M service was reasonable and necessary.

As a result of the study, the Office of Inspector General has recommended the following to the Centers for Medicare & Medicaid Services (CMS):

Continue To Educate Physicians on Proper Billing for E/M Services

CMS should continue to provide educational outreach on E/M services to physicians. These efforts should focus on how to determine the appropriate E/M code for the service provided and the criteria used in making that determination, particularly for visit types that experienced shifts in billing.

Encourage Its Contractor To Review Physicians' Billing for E/M Services

CMS should encourage its contractors to review physicians' billing for E/M services and produce comparative billing reports. Such reports provide a documented analysis of a physician's billing pattern compared to those of a physician's his or her peers. These reports provide helpful insights into physicians' billing patterns to avoid improper Medicare payments. CMS may also find these reports helpful for identifying and monitoring physicians who consistently bill higher level E/M codes.

CMS should conduct additional reviews of physicians who consistently bill higher level E/M codes to ensure that their claims are appropriate. If CMS determines that inappropriate claims have been paid, it should take steps to recover those overpayments.

This report from the OIG is the first in a series of evaluations of E/M services. As mentioned, the OIG did not determine whether physicians who billed higher level E/M codes in 2010 billed inappropriately. Subsequent evaluations will determine the appropriateness of Medicare payments for E/M services and the extent of documentation vulnerabilities in E/M services.

Employee Theft In a Medical Practice: If You're Going to Make It, Make Sure You Keep It

As a CPA and healthcare consultant, one of the things that continues to concerns me is employee theft within a medical practice (or any other healthcare entity for that matter). You trust your staff, right? You know them to be loyal and dedicated individuals who would never steal from the practice, right? Unfortunately physician practices are no less at risk of employee theft than any other business.

Are You Paying Attention to Your Coding Practices? You Better Be!

Many physicians were once content (and a few still are) to let their coders select their codes for billing purposes. At a time when enforcement authorities have some heavy-duty technological weapons for identifying improper billing, physicians can no longer avoid learning the billing rules applicable to their services.

As most readers will be well aware, every group practice should have agreements providing the terms of employment of the physicians as well as terms related to the consideration the physician is to receive when he or she leaves the practice, whether by death, disability, retirement or otherwise.