Since 1988, Real-World Forensic Engineering, LLC ("RWFE") has provided engineering services to industries and government labs, as well as litigation support to both plaintiff and defense attorneys practicing in many areas.

RWFE Areas of Expertise Include:

At RWFE, we proudly distinguish ourselves by our Four C's:

Quality Forensic Engineering, LLC is a full-service forensic engineering firm, providing engineering support to clients in the areas of accident reconstruction, premises liability, and product liability.  With over 20 years of experience for each of our senior engineers, we utilize the latest technology for documenting evidence and retrieving data including FARO 3D scanning, aerial drone imaging, and black box downloads.  Our forensic engineers are mobile, supporting clients throughout the U.S. We are headquartered in Tallahassee, Florida with remote locations in Jacksonville, Florida; Tampa, Florida and Tucson, Arizona. 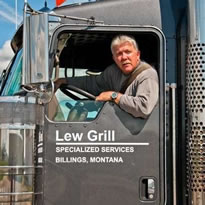 Mr. Grill is currently assisting two U.S. DOT / FMCSA contractors (MaineWay and Volpe) with research on the effectiveness of Driver Training on Improving Driver Safety Performance. He is also assisting DOT with development of improved specification for interface software that can collect driver performance data from training simulators and transfer that performance measure data to Learning Management Software to assist in determining whether the driver has met Minimum Training Standards. Mr. Grill is also working on a special U.S. DOT project to study its Hazardous Materials Safety Permit (HMSP) program for motor carriers and report to Congress on the findings by October 1, 2013.

Lewis Grill has made many guest speaker appearances as a truck driver-training expert for the nation’s leading trucking industry associations and organizations and assisted in the production of more than a dozen instructional videos and multimedia training modules for truck drivers. His numerous works on trucking and commercial motor transportation have appeared in national advertising, books, magazines, and national television. He has written more than 15 books and hundreds of articles on trucking, truck driving, and heavy equipment operation.

Established in 2000, Laird are an Expert Witness services firm supporting the Legal sector across the UK. They understand the importance of providing an efficient and seamless customer journey and review their processes continually to ensure that they achieve and surpass expectation levels daily.

With constantly evolving IT systems and exceptional customer service, Laird are leading the way in the Expert Witness sector. You can instruct with the click of a button via their website and will be kept up to date at every stage of your case.

Email Website
Ernest P. Chiodo, M.D., J.D., M.P.H., M.S., C.I.H. is a physician, attorney, Certified Industrial Hygienist (C.I.H), and biomedical engineer. Dr. Chiodo is board certified in the specialties of Internal Medicine, Occupational and Environmental Medicine, and Public Health and General Preventive Medicine. Dr. Chiodo served as the Medical Director of the City of Detroit and was the chief physician in charge of measures designed to protect the public health of over one million persons. He has also been the lead expert witness in a number of high profile cases including serving as the lead expert witness in a mass toxic tort case for Gerry Spence.

• View Dr. Chiodo's Biography
• More on Dr. Chiodo's Areas of Practice
11/6/2012 · DNA (Deoxyribonucleic Acid)
Genetic and DNA Evidence: The Emperor Has No Clothes
By: Dr. Ernest Chiodo
Genetic evidence in the form of DNA profiles has proven to be a powerful tool in the advance of justice by proving the innocence of accused persons.
Read Article
10/23/2012 · Accident Investigation & Reconstruction
Low Speed Automobile Collisions
By: Dr. Ernest Chiodo
Low speed motor vehicle collisions are a common occurrence. The use of cellular phones, text messaging, and e-mailing while driving has only increased the frequency of low speed motor vehicle collisions. A motor vehicle collision where there is only minor damage to the vehicles may result in personal injury claims for substantial sums.
Read Article
10/11/2012 · Toxicogenomics
The Role of Toxicogenomics in Toxic Tort Litigation
By: Dr. Ernest Chiodo
In toxic tort litigation, a person is often claiming to have developed cancer or some other serious disease due to having been exposed to a particular substance. Determining if the exposure to the substance was the cause of the disease is often a central focus of the litigation.
Read Article
9/26/2012 · Medical - Medicine
Impeaching the Spine Injury Medical Expert
By: Dr. Ernest Chiodo
It is a common error that an attorney retains the wrong type of expert to testify in a lawsuit. This error is particularly common when the expert is a medical specialist. It is widely believed that a medical doctor who specializes in a particular organ system is qualified to formulate opinions and testify as to all issues concerning that organ system.
Read Article
Toxic Tort: Medical And Legal Elements
Ernest Chiodo, MD, JD, MPH, CIH 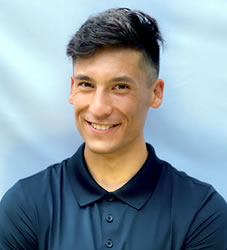 Automotive Crew Training Services - Mr. Uribe has in-depth knowledge and first-hand experience with any and all modern safety systems and how they operate. He has the mechanical knowledge to be able to decipher the validity / integrity of a potentially compromised system which may have been associated with an incident. With his experience in the motorsports industry,  5 years in accident recreation and autonomous vehicle research and development, and 8 years in a coaching / teaching role, Mr. Uribe is available to work with automotive companies to properly train their crew. 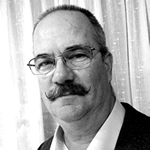 Barry L. Bookman has approximately 28 years of experience in the Automotive Industry. Working in car dealerships, he started as an apprentice service technician and worked his way up to service Adviser, Service Manager, and Service and Parts Director. Certified as a Journey Level Technician, Mr. Bookman is an ASE Master Technician / Nissan Motors Master Technician.

Litigation Support - Mr. Bookman currently offers services as a consultant and expert witness to attorneys representing both plaintiff and defendant. His services include thorough reports, depositions, and trial testimony as needed. 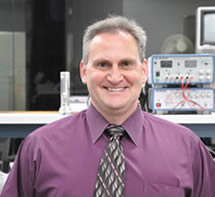 Mr. Nranian conducts Product and Technology Analysis, Patentability & Prior Art Research,and provides Technology & Litigation Support for Intellectual Property. His litigation background includes patent infringement / non-infringement under literal infringement and the doctrine of equivalents, patent validity / invalidity, prior art, & file-wrapper estoppel, for both ITC and Federal cases, including Inter Partes reviews. He conducts analysis of patents and products, prepares claim charts, & expert witness reports. This includes testimony and document preparation for cases before state, and federal court jurisdictions, and the International Trade Commission and the Patent Trial and Appeal Board. 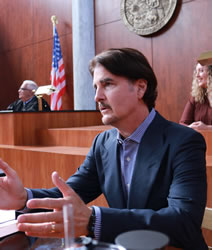 Steven Proto is a Certified Auto Appraiser (IAAA Certified USAAP compliant) expert with over 20 years of experience as an Auto Valuation Expert.

Litigation Support - Mr. Proto is qualified to testify in State Court and in arbitration proceedings as an Automotive Expert in Vehicle Valuation and Dealer Fraud. He can assist in the discovery stage to ensure clients are able to document real damage or the bogus nature of fraudulent claims. Mr. Proto serves as an expert witnesses for both plaintiff and defendant.

Richard Stripp, PhD, is a nationally recognized expert in Toxicology providing services in all aspects of a Clinical and Forensic Toxicology. He has served as an expert consultant in 100’s of cases in the field of toxicology and pharmacology for attorneys, investigators, and physicians involved in forensic and clinical toxicological evaluations associated with ethanol, drugs of abuse, prescription medications and chemical exposure. Dr. Stripp provides unbiased expert case reviews involving drug effect on human performance, toxicity of iatrogenic/ therapeutic agents, lead and other toxic metals, carbon monoxide and environmental/occupational hazards. These services include, impartial evaluations involving drug impairment, overdose, toxic chemical exposure, medical issues associated with drug therapy, poisoning, and the role of drugs, alcohol, or chemical exposure in civil and criminal litigation. This covers a full breath of forensic medical-legal cases including: 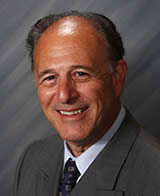