Christina Comisarek has over 40 years of experience in and around the Transportation industry, 25 of which have been spent driving over 2 million miles accident free. She is a Certified Director of Safety, Certified Driver Trainer, and has managed a small trucking business for over 10 years. Ms. Comisarek serves as a Transportation Consultant, Driver Safety Trainer, and Expert Witness.

Background: Ms. Comisarek gained first-hand experience, good business sense, and a strong, solid work ethic working for her family's two businesses. Over the years, she's had a variety of roles in the transportation industry, such as loading and unloading, local deliveries, linehaul, school bus driving, driver / safety training, and managing a small trucking company. Ms. Comisarek continues to drive part-time to stay current in the industry. She takes every opportunity to enhance her skills and background, either through first-hand experience or by attending courses such as Accident Investigation.

As a Consultant, Ms. Comisarek assists trucking companies in areas such as streamlining their operations, risk management situations, driver recruitment and retention, and Employee handbooks. Her Safety Training is done either in the classroom or on-site currently, and soon will be offered online.

As an Expert Witness, Ms. Comisarek has worked with top expert witness firms and is pleased to currently be working with NECSC, LLC, providing sound consultation to attorneys through report writing, depositions, and successful trial appearance. 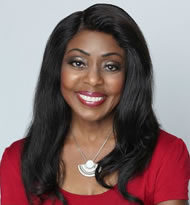 Background Experience - Ms. Price has over 30 years of experience in the travel industry. She has specialized knowledge in travel agent fiduciary relationship to client and seller of travel duty to inform. She is well versed in handling adverse situations that occur during a client’s trip. As a seasoned travel professional and knowledgeable travel industry expert witness, she has worked as a travel agent, tour operator, and cruise specialist.

Ms. Price has participated in approximately 200 cruises, land tours, inspections, seminars, and evaluations. She has worked in almost every area of travel agency operations including sales, end to end (inception to conclusion) service, marketing, travel advisor and manager training. She has worked with institutions including but not limited to, government consulates, tourist offices, cruise lines, and bus tours. As a senior leader at Automobile Club of Southern California, Ms. Price led 14 international retail travel agencies.

Diana Price is past president of the Greater Los Angeles Chapter of the Forensic Expert Witness Association (FEWA) and former National Vice President of Education and Programs for FEWA.