Kristopher J. Seluga, PE, is a Mechanical Engineering, Accident Reconstruction, Biomechanics, and Safety Expert with over 20 years of experience. He received his Bachelor’s and Master’s degrees from the Mechanical Engineering department at MIT where he worked on the development of novel three-dimensional printing technologies.

Mr. Seluga is also a licensed Professional Engineer in New York and Connecticut, and has served as a member of the ANSI engineering committee for the Z130.1 and Z135 standards for golf cars and PTV’s. His research interests and peer reviewed publications span the topics of Motor Vehicle Dynamics, Product Safety, and Biomechanics.

Litigation Support - Mr. Seluga has been working as a forensic engineer at Technology Associates since 2001. He has investigated 100s of accidents for both plaintiffs and defendants. Mr. Seluga has been qualified to testify as an expert in state and federal court and is experienced in testifying in depositions and trials. He has successfully defeated Daubert / Frye challenges and can prepare and explain compelling exhibits at trial. 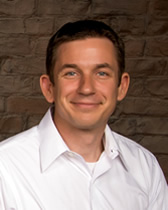 Dr. Kevin A. Rider, PhD, PE, CPE of Forensic Human Factors, LLC., providing investigations and expert testimony regarding predictable human behavior, particularly as it relates to motor vehicle and pedestrian collisions, premises liability, and slips, trips and falls, the design and use of products, and adequacy of warnings/instructions. His work focuses on identifying the Human Factors Elements that lead to unfortunate incidents, and what should have been done to prevent them.

Dr. Rider is a Licensed Professional Engineer and Certified Professional Ergonomist, and has studied human movements and behavior, and served as a human factors consultant since 1999, including five years teaching industrial engineering and occupational safety courses at West Virginia University. He has presented at professional conferences, both nationally and abroad, and his research is published and cited in a number of peer-reviewed journals. He continues to serve as a reviewer for conference and journal manuscripts.

Dr. Rider has testified over 100 times, and excels at educating attorneys and jurors. His services are available to attorneys for both Plaintiff and Defense. 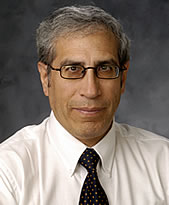 Jose J. Granda, PhD, PE, is a Professor of Mechanical Engineering at the California State University in Sacramento, CA. Prof. Granda is a Professional Registered Mechanical Engineer with almost 40 years of experience in the industry. A NASA Fellow, he served as a NASA public spokesman for 17 space shuttle missions.

Litigation Support - Prof. Granda is an expert in Forensic Engineering and Accident Reconstruction using computer simulations. His cases include accidents involving vehicles and people. He offers services to attorneys for plaintiff and defendant which include thorough written reports, depositions, and trial experience.

Dr. Jeffrey Buckholz is a practicing design engineer with over 40 years of experience in Traffic Engineering, Traffic Signal Timing, Signal Design and Signal Construction. He is also proficient in Pavement Marking Design, Roadway Signing, and Work Zone Traffic Control. Dr. Buckholz has authored 3 national training manuals in signal design, construction and inspection. He is a PE in 6 states: FL, GA, CA, MA, MI, OH and is a Professional Traffic Operations Engineer. Dr. Buckholz has been chief engineer of his engineering company for 30 years and was an Adjunct Professor at the University of North Florida from 2005 through 2007. He has served as an expert witness in over 220 cases. Past Project Experience: 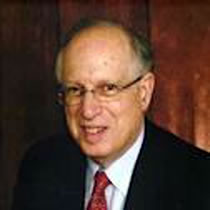 Litigation Support - Dr. Berkowitz has served as a litigation consultant since 1997.  He has the background and experience to make him ideally suited to contribute important information at every stage in the litigation process. Dr. Berkowitz is able to explain complex issues in layman terms, suggest strategies, investigate and uncover facts, perform literature reviews, research, and prepare safety evaluations. He has been deposed / testified over 50 times in the last 5 years.

Ralph Aronberg, P.E., has reconstructed over 1,500 accidents and has testified in over 150 jury trials, since founding the firm in 1983. He provides Expert Witness services in the areas of:

Mr. Aronberg is published in the fields of pedestrian / bicycle / motorcycle accident reconstructions, and 3 Dimensional Animations and Scientific Visualizations through the Society of Automotive Engineers. Mr. Aronberg is a Fellow member of the National Academy of Forensic Engineers, and certified as a Diplomat in forensic Engineering.